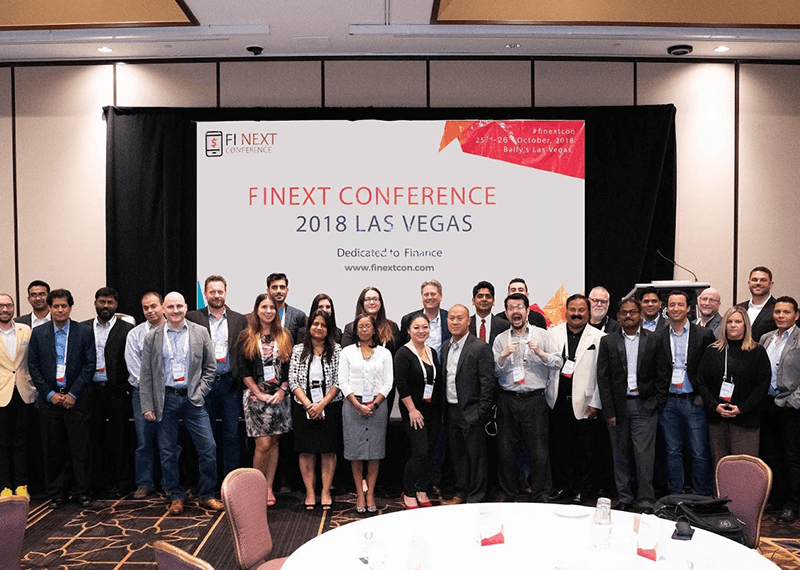 The first FiNext Tech Awards & Conference was held on the 25th & 26th of October at Ballys in Las Vegas, Nevada. This event was the much awaited Finance and Technology conference of the year 2018 which aimed at bringing together the best and brightest from the field of Finance & Technology under one roof.

The conference strived to build a platform for startups, SMEs, key decision makers, researchers, investors and people from the media to interact and garner meaningful alliances.

The event saw individuals from technology, financial services, public sector and academia come together for a two day discussions on how to best support FinTech infrastructures, best ways to grow a start-ups and general diversification in Finance & Technology and more.

FiNext Tech Conference saw speakers from different areas within the field, including Ken Kruszka, CEO of SnapCheck who brought about intense ideas on ‘Trends in business payments’, Alex McDougall, CIO, Bicarmel Ventures, who presented an investor’s perspective on ‘Entrepreneurship in Fintech’, a varied discussion on block chain by Paul Heirendt, founder, blockID to name a few.

The conference also explored complex topics like “Trading in the Million Token Future” by Joshua Greenwald, CEO, LXDX who has been leading trading desks since 2006. Joshua was very involved in the world of quantitative high-frequency trading and machine learning algorithms, before leaving finance to work on automation and propulsion at SpaceX.

As a part of the FiNext Conference 2018, the FiNext awards of excellence, recognized the innovative, creative and successful projects in financial technology from around the world. The awards celebrate the success stories of the individuals and companies in the financial markets.

FiNext awards’ committee finalized the list of awardees after rating them on the following parameters like, impact on the finance industry, integration of technology and finance, spirit of innovation for financial and technical institutions etc. The winners were awarded in four categories, namely, Excellence in Finance, Innovator in Finance, Top 10 CEOs in Finance and Top 10 Companies in Finance.

Winning a FiNext Award showcased the awardees’ skills, commitment, creativity, and execution in the field of Finance Technology. The FiNext awards series ended up with attracting major players and specialists in the sector, with attendees from top-notch financial institutions.

The Finext Award recognized individuals and companies who have made persistent efforts in bringing about the future of financial technology. And the organisers promise to return with a bigger and better show next year. Watch the space at finextcon.com and follow the dialogue that builds up there on.

For more visit their official site

Binance Signs Up 40,000 Crypto Traders in Its First Week in Uganda