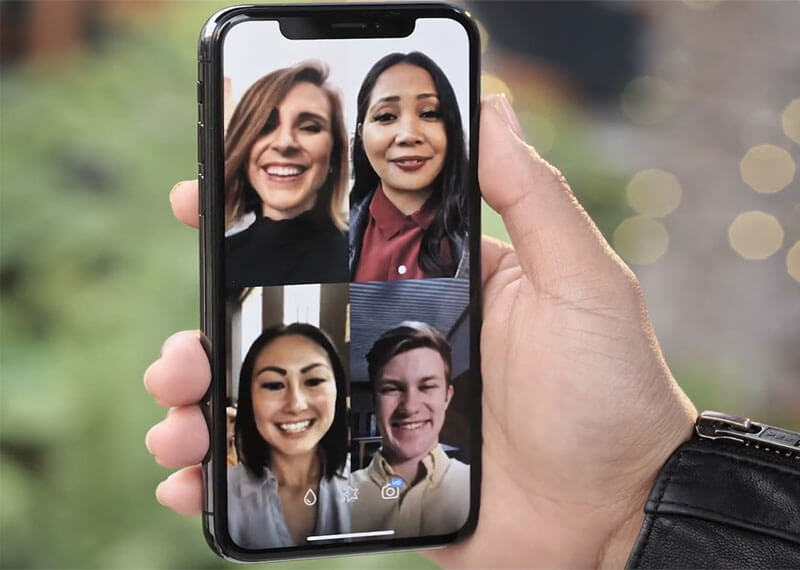 A bug has emerged in Apple’s famous video and audio calling service, FaceTime bug. As per reports, the bug comes into effect at the time you place a call through the app. Just when you place a call, the bug lets you hear the receiver’s end audio even before he/she answers the call.

All you simply have to do is place a FaceTime video call with another iPhone user. Next, add another recipient as well as your number by swiping up. If you do this, you’ll begin a group call where the device of the recipient begins ringing. At the time, you will listen to the audio coming from the recipient’s end, although he/she hasn’t answered the call. The bug indeed can convert an iPhone into a mic even without the user knowing about it. Well, this is a serious security concern for the company. And what’s worse? If a recipient taps the power button to reject the call, it instead broadcast’s video from his/her phone.

What’s the word from Apple?

The technique mentioned above does work. Besides, it applies to any FaceTime calls initiated from an iOS device which runs on iOS version 12.1 and above. The news agency also confirmed that the bug also applies to the FaceTime calls made to a Mac via Mojave.

There is a possibility that Apple may address the bug this week. As per an Apple spokesperson, the firm is well aware of the issue and will come up with a software update in the coming days to fix it.

As per Apple’s system page, Group FaceTime is presently unavailable temporarily. If the company has denied access to the feature, it should probably prevent any person from experiencing the bug till the time a proper fix is rolled out.

The wait is still on for a fix

However still, it would be a good idea to have FaceTime disabled from your Apple device altogether. How can you do this? It is pretty simple. Head over to the ‘Settings’ option in your iPhone. Scroll down, tap on ‘FaceTime’ and disable it by using the toggle which flashes on top. Alternatively, you can also put your phone on ‘Do Not Disturb’ mode to prevent FaceTime calls from reaching you.

A Twitter user was the first one to break the news about the bug on the social media site. The issue quickly lit up Twitter, with many people warning other iPhone users of the issue.

This is indeed a disturbing bug and a big privacy issue which comes from a company that tries to maintain the security and safety of its user’s so accurately. It is also one of the bugs which make you think how people can discover such things. This is not a far-fetched bug like some others. However, when you try to replicate it, you will realize that someone might have clicked on their name accidentally while adding another person in the call.

Well, all we can hope is for Apple to release a patch a little sooner, especially with the bug becoming a hot topic of discussion.

Bitcoin Price dips below $3400; Is price rise a far-fetched idea?