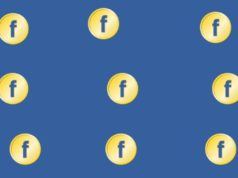 Facebook unveils the details of its upcoming crypto project. As reports suggest, the project goes through a codename, Libra. Also, the project, along with its white paper, will release on 18th June 2019. Facebook’s head of payment partnerships and financial services for North Europe, Laura McCracken, confirms this news.

Eventually, McCracken confirms the news in Netherland’s Amsterdam at a trade summit. Probably, this is the very first time when an executive confirms the cryptocurrency plans of the social media giant. Additionally, the currency going by the name GlobalCoin might not link with any fiat currency. Interestingly, the executive says that the coin instead will link with many currencies. The reason he gave for this move is to counteract price fluctuations. As everybody knows the volatility of cryptocurrencies, therefore, the reason justifies the move. On the contrary, many believed that the coin would link with the US dollar.

So far, many things float over the media as soon as the news came about Facebook’s coin. The blockchain project of Facebook has become an interesting debate for doing many in the crypto world. By past weeks, some of the interesting facts came across to fascinate the people for GlobalCoin.

Facebook registers Libra Networks, a financial technology firm on 2nd May in Geneva

Previously, news flashed that Facebook’s crypto project will take the codename Libra publically. In addition to that, Facebook registers Libra Networks, a company for financial technology on 2nd May this year. The event took place on that day in Switzerland’s Geneva.

With the fact that the social media giant is working on a crypto project, it will offer many features. Precisely, the firm will allow trade, exchange and storage of its stablecoin to the users. And, in doing so, Facebook will utilize applications like WhatsApp, Instagram, Messenger, etc. The trading will also encompass the utilization of physical machines, which will be ATM-like.  Reportedly, the upcoming currency will emerge as a borderless coin.  Surprisingly, the currency will require no fees for transactions.

Further, Facebook will also tap some organization like third party ones too. The social media giant will do so to relinquish crypto control. Not only control, but the firm will also ensure the decentralization of the digital asset. Furthermore, Facebook will charge about 10 million dollars for each node. As per matter of fact, each node on its network will validate all the transactions that the stablecoin makes.

Similarly, Facebook employed about 100 persons on its crypto project. And, it includes David Marcus, who is PayPal’s former president and Coinbase’s former board member too. In the blockchain project of the social media giant, Marcus heads the project. According to reports, he is now the head of the famous app Messenger.

Other people in the list executives include Christian Catalini and Sunita Parasuraman. While Catalini is MIT’s chief economist, Parasuraman is Swiss-based firm’s manager. They are leading the project of the Facebook token.

Reports reveal that Facebook plans to launch formally the GlobalCoin and its blockchain project next year. Interestingly, Facebook can use the cryptocurrency in oil transactions as well shortly.

A handy guide to investing in cryptocurrencies