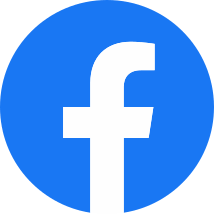 The social media giant Facebook is ultimately ready to make the details about its cryptocurrency apparent. As per the reports, it is codenamed as Libra. According to the sources, Facebook has scheduled to release the basics of it on 18th June.

It is here to note that the Head of Financial Services & Payment Partnerships for Northern Europe Laura McCracken of the company has stated to German magazine Wirtschafts Woche‘s Sebastian Kirsch that the cryptocurrency would be put into different kind of currencies, instead of simply the US dollar to avoid the variations in the currencies.

However, Facebook has declined to comment any further regarding anything in this context. It is also speculated that the announcement date may be changed if certain issues with the government are not settled. There is also the sources those claim that Facebook is aiming for a 2020 proper launch of its much-anticipated cryptocurrency with full preparation.

Moreover, the advertising opportunity that Facebook provides makes it one of the preferred platforms among investors. Anyway, the irony is that not much reliable information has been received about the upcoming cryptocurrency of Facebook. It is confirmed very much that Facebook is going to call its cryptocurrency as Libra.