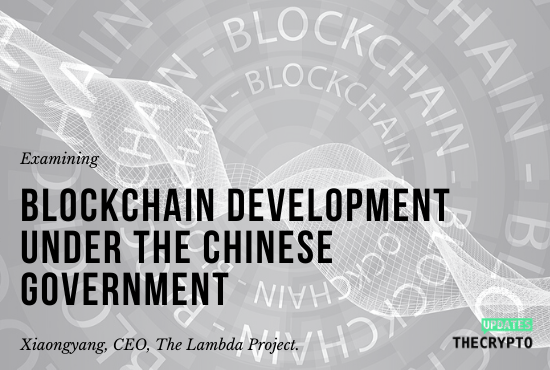 Today, the Chinese government owned media “People’s Daily” published a blockchain article entitled “Blockchain science paper–New Motive Force for Technological Innovation and Industrial Transformation (New Book)” by Academician Chen Chun, in the article, he introduced the knowledge of blockchain to the public in a popular way, and explained the blockchain from three aspects. They are that firstly, blockchain is seen as an important support for the Internet of Value and the Internet of Trust. Secondly, Blockchain has promoted the development of the digital economy and the construction of a social credit system, and thirdly, the research, application and supervision of blockchain are equally important.

As a blockchain practitioner, we are very grateful to Academician Chen Chun for his ability to promote blockchain to the public, and his suggestions to senior and supervisory authorities to make the blockchain develop from a chaotic state to the mainstream. While I personally hold hesitations to some of the opinions in the article where I think deserves thorough discussion.

In the text, there are two paragraphs demands our consideration:

In the future, blockchain still has a long way to go in terms of technology research, industrial applications and regulatory services. We must devote ourselves to the development of blockchain technology, especially to achieve breakthroughs in the core technology of the alliance chain, to achieve high performance, security, high availability and high scalability, to the build of self-controlled blockchain technical platform with Chinese characteristics rather than being completely based on foreign open source platforms.

As a practitioner of the IT industry, I think we should not forget the lessons of history. On the issue of controllability, we develop, customize and provide technical services on foreign open source software platforms to meet the needs of domestic users. We have been doing this, but the result of this is that for many years, the operating system, database software, middleware software and other core infrastructure layers, in TCP / IP / HTTP and other protocol layers are monopolized by foreign countries. We are completely controlled by others when it comes to setting technical standards. From the industry perspective, domestic IT infrastructure software companies always use foreign open source software as a foundation for Chinese localizations.  For example, in order to fight against Microsoft’s monopoly, we have supported the Chinese Linux system for many years. As a result, a set of IT agents was created. Many of our IT application companies simply keep doing the motion of ‘carrying the boxes’.

If the alliance chain is modified on the basis of open source software in the United States, which essentially gives up the development of technology in its entirety. In the United States, apart from commercial closed source software companies such as Oracle and IBM, open source software has become a popular business model, companies such as Docker, Kubernetes, elastic, mulesoft and others that based on the open source model all have a market value of billions of dollars. It seems an easy way to just grab it while its essence is to achieve the de facto standard of others. In the field of artificial intelligence and big data, this is already the case. Technologies such as TensorFlow and Spark were proposed by American companies and have been applied and proven to be workable in China. In other fields, even many are not easy to use, just with more people using it, helps it become the de facto standard, which sets up the leading position of many American companies in such fields. In the field of blockchain, we are not lagging behind. We have the leading advantage in cognition and technology, whether in application and community. In such circumstances to develop the alliance chain is equivalent to giving up our advantages completely. The development of the alliance chain is the development of the HyperLedger of the IBM Corporation in the United States, and the development of technical standards such as Cosmos and Polkadot that are also from the United States. Because currently the domestic alliance chain is mainly modified based on that. Although we are facing many problems and challenges with public blockchains, is it the best solution to avoid them? The development of the public chain has significant promotion to the advancement of capabilities in areas such as mathematics, cryptography, computer storage and networking, and multi-party secure computing.

We should as well review the speech of President Xi, strengthen basic research, improve original innovation ability, stay at the forefront of theory, occupy the commanding heights of innovation, and gain new industrial advantages. Therefore, I personally believe that when developing the alliance chain and landing the industry, the development of the public chain should not be abandoned. After all, the public chain has passed the era of pure digital currency and is moving towards a bigger future of computer science, mathematics and cryptography.

How the age and gender of a player affects luck during online gambling games?