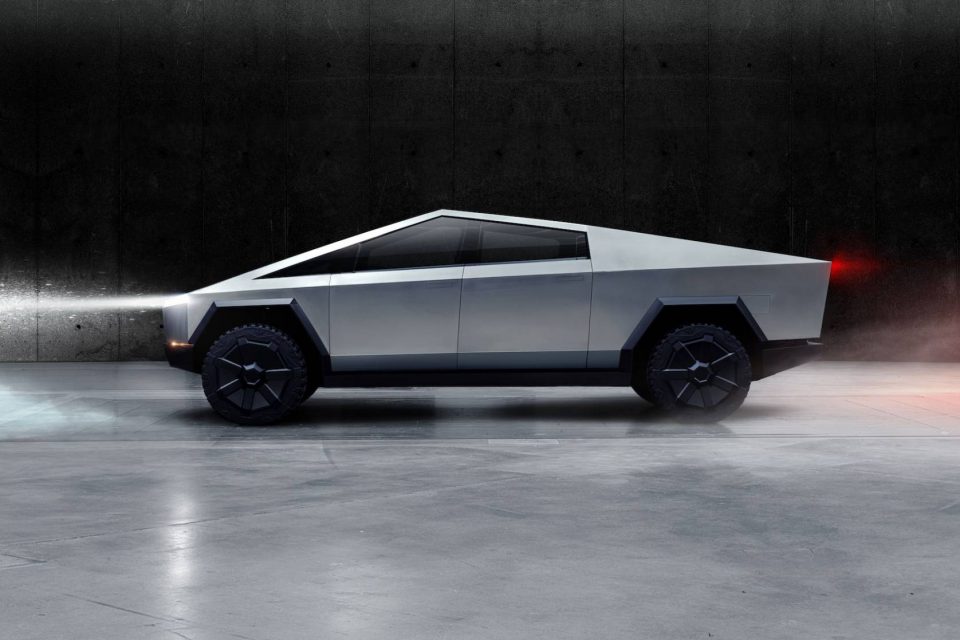 It’s been only two days that Tesla has unveiled a new battery-powered Cybertruck. Nevertheless, in just a couple of days times, Tesla has reportedly received around 200,000 pre-orders for the new pickup truck. Last week on Saturday, Elon Musk took it to Twitter and revealed that people want to get their hands on Tesla’s pickup truck, which would run by electric power.

By the looks of it, the potential customers of the electric truck have paid $100 as refundable deposits for every pre-order. In no time, Tesla’s bank account received $14.6 million in the first 48 hours of Cybertruck’s unveiling.

In addition to this, Tesla is offering truck in three distinctive versions, such as rear-wheel single motor drive can run for 250 miles in a separate charge for $39,900. Tesla is also offering all-wheel dual motor and tri-motor, which would travel to 300 miles and 500 miles upon charging at $49,000 and $69,000, respectively. Elon Musk said that Tesla had received 42 percent of pre-orders for dual motors, 41 percent of pre-orders for tri-motor, and single motor Cybertruck has pre-orders of 17 percent.

How long will it take for Tesla to deliver the pickup trucks?

The potential customers of Tesla Cybertruck are going to have to wait quite some time until they can get their hands on the truck. Tesla has revealed that it would begin production of the single & dual-motor version of the truck will not begin until the end of 2021. In addition to this, the tri-motor version of Cybertruck will not roll off the assembly line till late 2022.

In a follow-up Twitter feed, Musk said that without any advertising as well as a paid endorsement. The American energy and automotive company, Tesla, is using pre-orders for the upcoming vehicles for generating excitement among automobile enthusiasts. At the same time, pre-orders also helped Tesla by providing a cushion for production.

Musk is merely trying to provide the world with pre-order numbers to juice up much more sales. Similarly, in the past, Tesla received pre-orders of around 276,000 for its popular Tesla Model 3 a very few days after its launch in 2016. However, after a couple of days, the number of pre-orders of Tesla Model 3 had grown to 325,000.

Tesla rarely reveals the pre-orders of its vehicles

From its very inception, the company has avoided revealing the pre-order numbers. The exception is that Tesla had announced the pre-orders for both Model 3 as well as Cybertruck. However, the company is still maintaining secrecy about how many customers have booked the revolutionary Model Y, which is a crossover also powered by electricity. Tesla provided a glimpse of the crossover back in 2018.

Tesla Cybertruck isn’t the Model Y or Model 3; however, the pre-order numbers for the pickup truck suggests that Tesla has a fair share in terms of early adopters. Given that the truck has been inspired by the cult classic cyberpunk film, namely Blade Runner, but people all over social media are busy in making jokes at the car.

Bitcoin Price might Drop to Almost $2.5K if the Bulls Fail