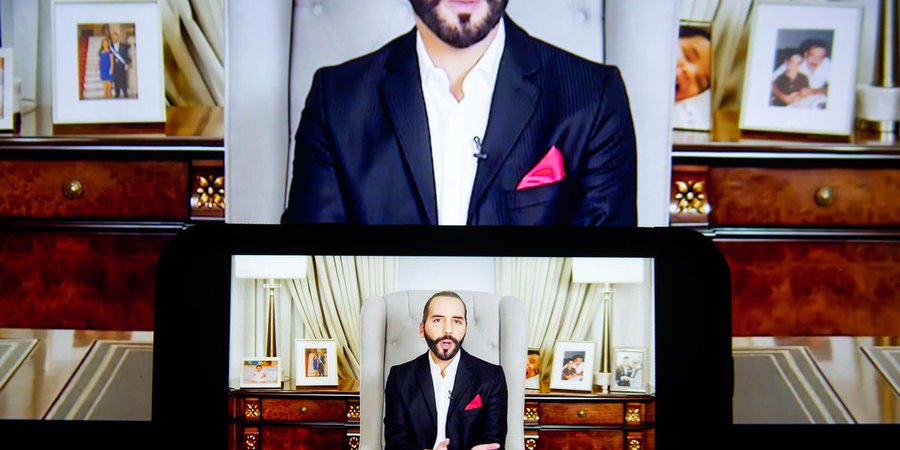 El Salvador President Nayib Bukele, known for “buying the dip” during Bitcoin selloffs, did not disappoint crypto-enthusiasts on Friday when he revealed that the Central American country purchased more of the cryptocurrency as it fell around 11%.

“Some guys are selling cheap,” he wrote on Twitter that the country had paid $15 million for 410 Bitcoin. According to Bukele’s tweets, El Salvador, which made Bitcoin legal tender alongside the US dollar on September 7, 2021, had purchased at least 1,391 Bitcoin last year.

Some guys are selling cheap.”

El Salvador purchased 420 more coins on October 27, bringing the total purchase to 1,120 coins. The purchase on Friday brings the country’s bitcoin stash to 1,220 coins. One thousand two hundred twenty bitcoins are currently worth approximately $66.9 million at the current price.

Last week, President Bukele announced a plan to build the world’s first “bitcoin city,” powered by a volcano and financed by bitcoin bonds. Except for the value-added tax, he stated that there would be no taxes in bitcoin city (VAT).

However, the International Monetary Fund (IMF) warned the country the day after the announcement not to use BTC as a permitted tender. The IMF cited “notable risks to customer protection, economic integrity, and financial resilience” as justifications, adding that it “also creates fiscal contingent liabilities.”

El Salvador is pushing for the big picture.

President Bukele stunned the world when he announced his intention to adopt Bitcoin in 2021 at the Bitcoin Miami Conference. The Salvadoran Legislative Assembly passed the Bitcoin Law within a week, making it fully legal.

Bukele has gone above and beyond what one would expect from a world leader to promote Bitcoin. He announces how much BTC the government has purchased for its national treasury via social media platforms such as Twitter. He even suggested using geothermal energy from volcanoes to mine cryptocurrency!

On the roads of “the bitcoin city.”

Bukele’s latest announcement for establishing “Bitcoin City” is a step ahead in the right direction. It will be initially funded with $1 billion in BTC bonds. Bitfinex and Blockstream, two cryptocurrency exchanges, have already stepped forward to support this initiative.

Many citizens have praised Bukele for his vision for the country, dubbing him the “coolest president.” Bukele is gaining popularity in the country after amusingly changing his Twitter bio to “CEO of El Salvador.”

Being on Mars by 2032 will be incredible, but the future is also being built here on Earth, specifically in El Salvador.

Bitcoin City will offer ‘digital and technology education, geothermal energy for the entire city, and effective and dependable public transportation.’ According to top crypto industry leaders, this will be a game-changer. More businesses and innovators will relocate to countries with open laws and frameworks. Other countries are beginning to recognize that this is the standard that must be met to become a crypto hub.

In theory, using Bitcoin as legal tender provides El Salvador with greater economic autonomy. Furthermore, it lowers the cost of money transfers on a reasonable level. Sending money from the United States to El Salvador currently requires intermediaries who charge transfer fees. Sending the money via Bitcoin may help to reduce the costs.

On the other hand, El Salvador is a sovereign nation, not a US territory. This means that the US Federal Reserve’s monetary policies do not always meet El Salvador’s fiscal needs. Bitcoin provides El Salvador with no additional financial power or control as a decentralized currency. Still, the country will no longer be at the mercy of a foreign government’s economic policies or fortunes.