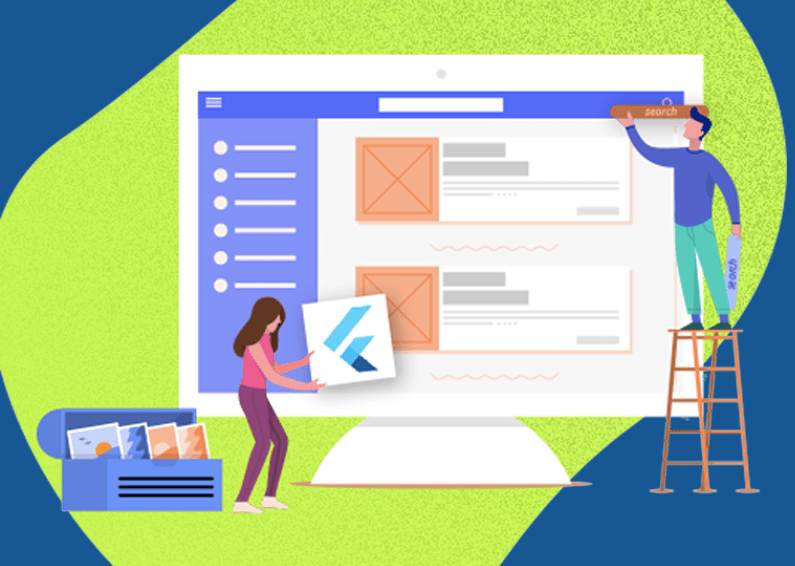 Ever since the day Google released Flutter, it has managed to stay in the spotlight for one reason or another. To be honest, the growth of the flutter framework has surprised the majority of people in the tech industry.

Even though this innovative technology has been in the market for just a couple of years, Flutter has achieved a lot during this time frame. So in this article, we will be discussing the basics of flutter technology and how it can be used to create a mobile app.

What Actually Is Flutter?

Many experts describe Flutter as the ultimate SDK (Software Development Kit) for the purpose of designing and developing cross-platform native applications. Another thing that makes this framework a strong contender in the market is the fact that it is backed up by Google.

Flutter offers its users some of the best UX (User Experience) they could ask for along with some additional features. Apart from that being the latest updated Software Development Kit, Flutter is also available in different versions.

So, if an app developer is looking for a top programming language for building Android as well as iOS applications that are high-quality and advanced in nature, our recommendation would be DART language.

What Are The Key Features of Flutter?

Now that the basics are clear about the Flutter framework, it is time we cover the next major segment i.e. the features that are being offered by this emerging technology. Here is the list of some of the prime features of Flutter, which are as follows:

The various apps developed using flutter are characterized by effortless natural scrolling, a wide range of native widgets for Android known as the Material and for iOS, and Cupertino, which is its platform for providing awareness along with rich motion APIs.

Another great thing about Flutter is the ease of development process that is offered by this emerging technology. This product of Google is easy to work with and offers its users great speed.

By using Flutter, a mobile app developer can simply build the UI’s and include various extra functionalities at a much faster rate. All of this is done as per the requirement of the project and bug fixes.

All thanks to Flutter, composing UI (User Interface) has now become so easy with the help of its reactive framework. This framework is known to comprise rich layouts, platforms, foundation widgets and so much more.

Along with this, Flutter can also solve a wide range of complex challenges that are mainly faced in UI (User Interface) with its API i.es Application Interface Programming.

Crucial Steps To Keep In Mind In Flutter App Development

When it comes to the installation part of the Flutter framework, there are some specific prerequisites that need s to be considered along with the following steps:

Also, we would also like to suggest that you do thorough research in case you are in the midst of hiring a top Flutter app development company for your next big project. In addition to this, make sure to dive deep when it comes to the company’s portfolio and keep a mental note of the projects they have successfully completed in your niche.