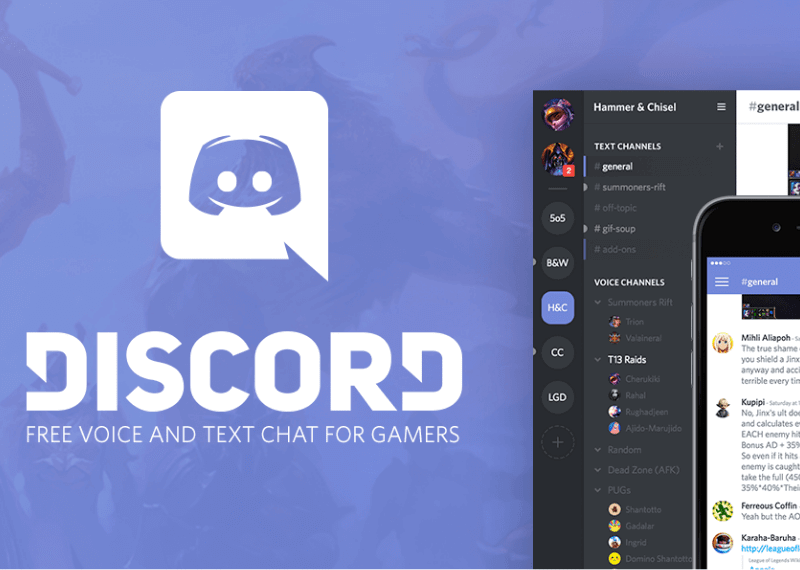 Since launch in 2015 Discord has established a 200 million user base  worldwide. Discord is a platform basically designed for gamers. Where gamers can do video and audio communication between the users with help of chat channel. It runs on android, mac Os , and windows.

It was recently in news for their massive $150 million funding. Which now evaluates the company at $2.05 billion from 1.65 billion. Discord chat offers a huge variety of features without any charges, and user can also create and customise voice and also text the chat channels. The company was last valued at $1.65 billion earlier this year.

As discord has released their discord store basically as a rival to Steam and the Epic games. On Friday discord announced that it has funded $150 million which evaluates the company at $2.05 billion. The round was led by greenoaks capital and incudes participation form Firstmark, Tencent, IVP,nd technology opportunity partners. The majority of fund will be used to get the store off the ground and continuing to improve its core communication technology.

As discord is a communication tool. It has a large audience on pc having the app running on background. Discord could take the engagement and turn it into spending in a major way.

Advantages and features of Discord store

A universal library from where you can launch any of the discorded games even if the games requires any other launcher to launch. You can discord library with the games you already own from different services. It basically detects the games present in the system. So they can get launched right from the discord library tab.

A nitro subscription is based on service which lets you play 60 games for around 10 bucks a month which is quite low on comparing with other digital store fonts. It provides many features such as custom emojis, acess to $1000 worth of games, boosted upload limit

You can initiate a refund if you wish but the condition is that the game should be played less than 2 hours and must be purchased within 1week.

Early access provides user to play game before the official release and have fun playing. You can also give a feedback to help the developer in removing the     gl glitches, problems.

The store places a direct competition to some big existing industries. The discord store places in competition with Steam which is one of largest pc digital game store as well as the Epic games. But it very hard to imagine because steam has reigned supreme for so long period of time. So for attracting developers discord store only takes 10% of the total sales which is lower than of Steam and Epic games.

As for the future of discord the funding is very good for the company. But for now it is also a big challenge for company that how discord will use this money to enhance the user experience and expand the store and provide more and more useful features to its audience.