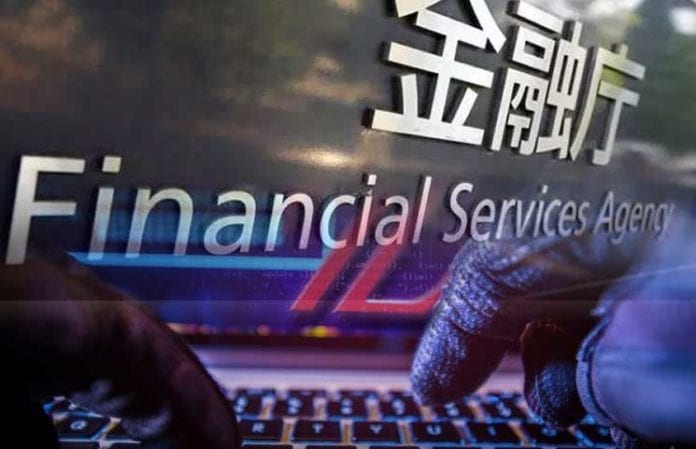 After showing some peak, the market for cryptocurrencies trades in red in Asia. Bitcoin drops to 8,287.3 USD, which is 4.12 percent in decrement rate. Eventually, the cryptocurrency reached a value of 9,029 USD, which is the highest in this year. But, it lost its stream to reach 8,300 USD value.

However, this value is still Bitcoin’ highest momentum in this year. Bitcoin during the start of 2019 traded at a value of around 3,500 USD.

With this, the overall market capitalization of cryptocurrencies dropped to a value of 262.2B dollars. Initially, the market cap was about 278.9B dollars. This huge change came in just one day. It shows the high volatility of the crypto market.

Speaking at upper house’s finance committee of National Diet, FSA representative gives some statement. On 30th May, the Financial Services Agency’s representative says that cryptocurrencies such as Bitcoin have some backlashes. He says that they lack what one calls intrinsic value. The representative also says that volatility in crypto prices is unbearable.

However, crypto ETFs garners support from policymakers still. Some local politicians like Takeshi Fujimaki think that crypto assets must entrust with banks. Further, he also says that custodians must keep crypto assets and address their concern with hacking. Additionally, Fujimaki also adds that ETFs will help the crypto industry to grow. And, they will also make investments like institutional investments in easier ways.

Similarly, the financial regulators of Japan became cautious with ETFs that are crypto-based. As per matter of fact, ETFs are exchange-traded funds. Japan becomes cautions even though the country is crypto friendly.

Moreover, in May, Japan did some amendments related to cryptocurrencies. The country introduced change in two financial laws of Japan. Similarly, the country amended the two laws to add some legislation for trading in the crypto margin. The two laws are, for instance, the Payment Services Act and Financial Instruments & Exchange Act.

Interestingly, Taro Aso, the minister of Finance of Japan, urged media and reporters not to use ‘virtual currencies.’ For the record, Aso is also the deputy prime minister of Japan. He says that reporters must report those currencies as ‘crypto assets.’

Surprisingly, Takeshi Fujimaki, the politician notes that he expects the US to approve ETFs which are crypto-based. He cited positive as well as negative statements of US SEC’s commissioner, Hester Peirce. Furthermore, Fujimaki notes that this sort of products will play a vital role in development. Certainly, according to his views, a country like Japan will not step back regarding the development.

For the record, a meeting was held on the discussion for cryptocurrencies. And, FSA representative showed opposition reportedly during this meeting.

What to write in a cover letter ?