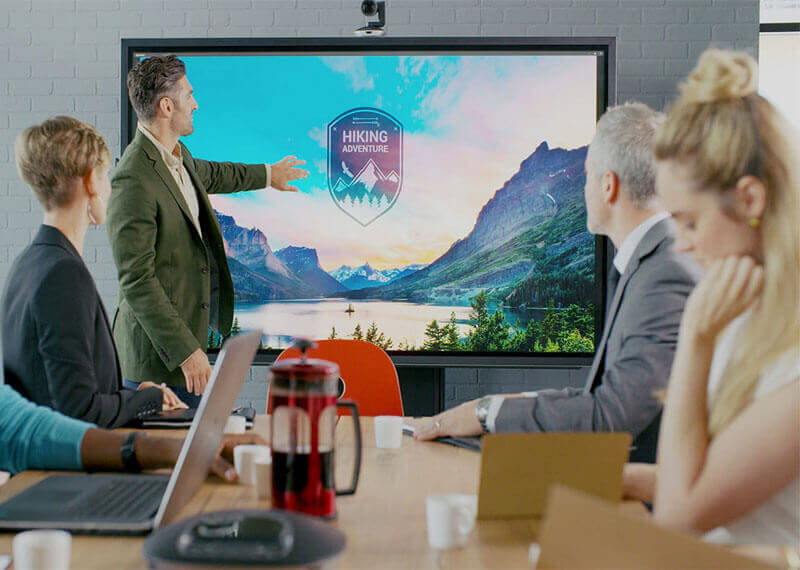 Dell has unveiled a brand new ginormous 75-inch, 4K IPS touchscreen monitor mainly designed for education purposes. Though the monitor looks more like a TV, it’s meant to be used as a blackboard in educational institutes.

Dell 75 4K Interactive Touch Monitor, officially known as C7520QT, is developed for better interactive teaching and collaborative work. The monitor’s display panel comes with 20-point multi-touch support, thus enabling more users to work on the display. Besides, the user can also use the screen either by hands or styluses as well.

This concept may appear a little similar to Google Jam board or Microsoft Surface Hub. However, Dell is not focusing on the software department here. Instead, it’s diverting its full effort on education.  Additionally, the screen comes with anti-smudge and anti-glare coatings to enhance clarity and lessen distractions in classrooms and meeting rooms.

Besides, the screen has a Dell Screen Drop feature as well. This feature, according to Dell, is the first accessibility feature in the world to help enhance a user’s reach-ability from varied heights. In simple words, a user can make use of buttons on display’s side to switch between 3 varied height settings.

The Dell 75 4K Interactive Touch Monitor comes at a price tag of $5,999. Those interested can get their hands on this magnificent monitor starting 30 April. Additionally, Dell is also offering two passive styluses along with the product.

Besides this, Dell has also launched 1 Windows notebook, and 3 Chromebooks models meant for education. The Dell Latitude 3300 education features a 13-inch screen and is powered by Intel Core i5-8250U chipset. The notebook sports 8GB RAM and 256GB of internal storage. One of the best aspects of the notebook is its spill-resistant keyboard. The company has priced the Latitude 3300 Education at $299 for the K-12 institutions. However, non-institutional customers may have to shed around $619 for it.

On the other hand, Dell has introduced three new Chromebooks- Dell Chromebook 3100, Chromebook 3100 2-in-1, and Dell Chromebook 3400. All the three-sport semi-ruggedized design, spill-resistant screens, and some other features particularly meant for education purpose. It is expected that all three variants will be available in March.

Android M Will Be The Most Recent Software For BlackBerry Priv