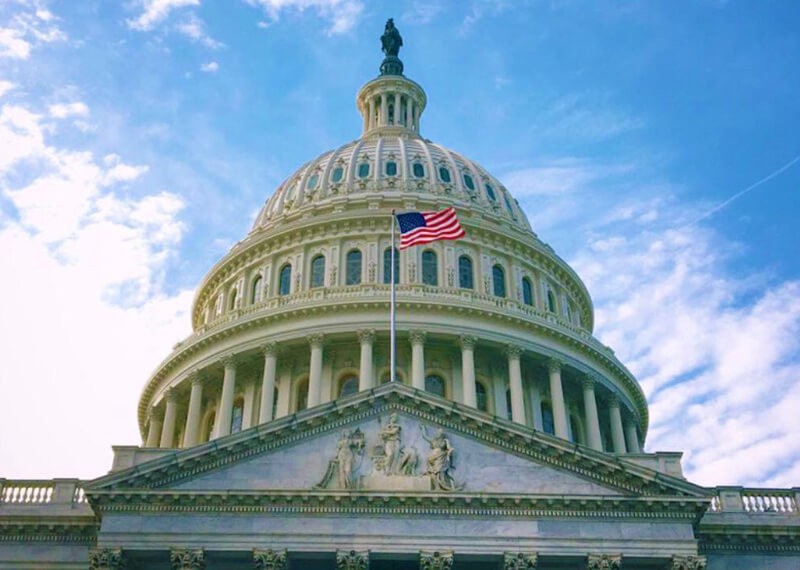 To discuss on what many terms as a bleak and an incomplete regulatory mural, around 50 representatives from the US financial biggies and crypto start-ups are meeting at Washington on Tuesday. The roundtable, ‘Legislating Certainty for Cryptocurrencies’, is being hosted by Rep. Warren Davidson, R-Ohio. Rep. Davidson plans to introduce a House bill this fall and the purpose of this roundtable is to weigh in options towards accommodating the new asset class in the system.

Davidson, in a letter, addressed to the invitees, emphasized that their inputs were vital to annulling the heavy-handed regulations that were currently in place and which in-turn was threatening innovations as well as the potential to destroy the US ICO market.

Highlighting a list of 8 prominent questions that included ‘How to safeguard customers from fraud and deceit?’, the congressman’s spokesperson added that topics such as ‘private funding disclosure’ and ‘token issuance laws’ were also on the top agenda.

U.S. chamber of commerce, Nasdaq, Fidelity, State Street, Union Square Ventures, and Andreessen Horowitz have confirmed their representative’s attendance for the roundtable. As seen by CNBC from the attendee’s list, cryptocurrency startups Ripple, Coinbase, and Circle are also planning to attend the meet.

The crowdfunding process of ICO ( Initial Coin Offering), came into the highlight and caught the interest of the regulators when Bitcoin soared to $20000 last year. Data firm Autonomous Next reveals that a total of $12 Billion dollars was raised by various cryptocurrencies in the last year alone through ICO.

The novel balancing of innovations and customer protection was being managed by the US financial watchdogs, however, the crypto company leaders have reiterated the need for change in regulations for the effective accommodation of this new asset class in the prevalent economy. Davidson’s bill would be the first-of-its-kind to be tabled.

This craze of fundraising is yet to be addressed by the Congress. However, Jay Clayton- Chairman of the Securities and Exchange Commission- said that he was not at all for adjusting regulations to accommodate the crypto trade and ICO fell under the SEC jurisdiction and should be treated as securities.

The cryptocurrency trade is performed anonymously. That is, no identity is required for people to either send or receive cryptocurrency. The transactions are recorded on the public distribution ledger in the form of alphanumeric code but it doesn’t reveal the trader’s identity.

Rep. Brad Sherman, D-Calif., and other legislators took to vehement opposition of this transaction system as they feared that the same could be used for terrorist funding and abused by criminals in general.

According to Pat Berarducci, lawyer of ConsenSys (blockchain-based software company), most of the industry participant’s goals are the same as that of the regulators. Berarducci, who is also attending the roundtable added that many regulators wish that the U.S follows the ‘do no harm’ policies, the same that was followed and implemented during the beginning of the internet era’.

The cryptocurrency market has struggled this year compared to 2017. The market capitalization of most cryptocurrencies is down by almost 65% since January.