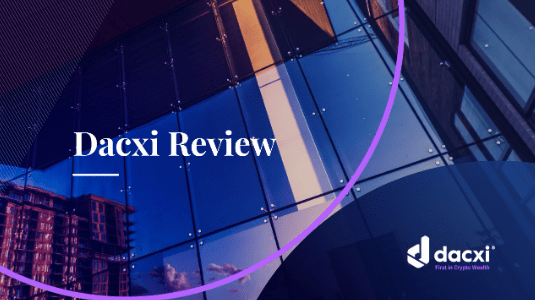 Around the world, early stage funding is experiencing unprecedented demand. Entrepreneurs are seeking to change the world, and investors are seeking the next big innovation. This has created the perfect environment for wealth creation to thrive – however, only for the world’s top 1%.

As the wealthy continue to gain wealth at a neck-breaking pace, regular people across the globe are missing out. That includes businesses who operate outside the world’s innovation hubs – like Shanghai and Silicon Valley – and everyday investors who have the drive to invest in innovative companies, but not the ability.

Dacxi, a global Crypto Wealth company, is using the power of tokenization to pioneer the solution, with the Dacxi Chain.

The Dacxi Chain is built on the principles of fairness

The Early Stage of a business is where hyper-growth happens. It’s these hyper-growth opportunities that most investors seek – but are currently unable to grab hold of. Despite their high levels of motivation, barriers such as geography, elitism, and financial status are holding them back. Stunting the growth of the planet’s wealth and economies in the process.

Dacxi recognized as early as 2017 that the current Early Stage funding mechanism leaves too many entrepreneurs and investors out in the cold. They realized that the current crowdfunding system is rife with inequality and unfairness, and identified the inefficiencies and barriers that the system came with. In an effort to eliminate these inefficiencies and break down these barriers, Dacxi began pioneering the Dacxi Chain.

Entrepreneurs are the engines that drive the world forward. Their game-changing ideas have the power to increase living standards, improve equality, and build global wealth. However, to do this, they need the right funding – provided at the critical Early Stage of their business.

According to Dacxi, this means that as many as a million innovative projects are failing every single year – simply because they lack funding.

The challenges of Early Stage funding

Early Stage funding (in other words, transitioning from Seed to Series A) is perhaps the most delicate stage of a company’s growth. Businesses in this stage often require tens of millions of dollars to achieve growth. However, with no clear guarantee of success, it’s a high-risk investment – but also the best opportunity for high growth in value.

The noise and publicity around Early Stage investment is large. But it’s also largely concentrated to just a handful of countries who have managed to build thriving entrepreneurial ecosystems. These include places such as New York, Shanghai, Shenzhen, and Silicon Valley. Areas outside these powerhouses – even those that are in the same country – struggle to get a look in. In fact, over-saturation means that even entrepreneurs based within those funding hotspots are finding it increasingly difficult to raise capital.

For areas such as London, Singapore, and Sydney – with proven potential for innovation – funding is largely limited to those companies that have already clearly achieved success. Access to that elusive Early Stage funding still proves near impossible to gain.

For Early Stage businesses today, investment opportunities are restricted to personal financing (including friends and family), venture capitalists, angel investors or government investment. Each of these has their limits.

Personal financing’s limits are obvious. After all, once your own (or your network’s) resources run dry, so do the investment opportunities. Angels and VCs are the dominant breed of investors – largely because of their access to resources and their vast expertise. However, they often gravitate towards well-established companies with proven success indicators. As for government investment; its very presence signifies that today’s Early Stage funding system is broken.

To cut a long and grim story short, for the massive majority of the world’s businesses and entrepreneurs, getting the right Early Stage investment at the right time is impossible. World-changing ideas in places like Scotland, Chile, Turkey and India are being let down. Essentially, crowdfunding as we know it has failed.

The ‘crowd’ (ie. the general public) is the world’s single biggest source of funding. But very few everyday people get involved with investing in Early Stage businesses. This is in large part due to the lack of easy access to the right opportunities.

In simple terms, crowdfunding is a system that lets a large collective of investors provide funding for companies and entrepreneurs, in return for equity. The world’s first crowdfunding platform was created in Australia back in 2007. Kickstarter and Indegogo became two of the world’s best-known crowdfunding platforms, and the idea of crowdfunding grew in popularity across the world. However, it failed to truly take flight. The Alternative Investment Centre has estimated that globally, less than $10billion is invested in crowdfunding each year. With IBM estimating the sector could be valued at as much as $1trillion, it’s clear that crowdfunding has a number of fundamental flaws holding it back.

How the Dacxi Chain will solve these crowdfunding flaws

With the Dacxi Chain, tokenized versions of company shares are held on a blockchain. Rather than owning company shares, investors own shares that represent the ownership. All these transactions are then recorded on the blockchain, which means their ownership is totally verified.

This global tokenized crowdfunding system will give entrepreneurs around the world the ability to raise more capital, much faster. From anyone, anywhere, any time.

The creation of the Dacxi Chain

Dacxi’s Founder first realized the potential of tokenization to solve the challenges of crowdfunding back in 2017, at a Token Summit in New York. The realization sparked an idea, which turned into the Dacxi Chain.

The Dacxi Chain is currently under construction by Dacxi’s world-class team. It’s being built upon a global network of locally-run Crypto Wealth platforms. These platforms will be operated by hand-picked licensees, which will be responsible for due diligence, investor support, exchanges, and evaluation of deals. And each platform will be connected under the Dacxi Chain’s global tech platform, which will operate on Dacxi’s own custom-built blockchain.

So, what does this all mean? It means there’s a clear, effective, and simple solution to unlock the potential of crowdfunding. Whatever an investor or entrepreneur’s race, financial background, or location – everyone, everywhere will have equal opportunity to invest in the world’s most exciting and high-potential start-ups.

The Dacxi Chain will create a truly fair and democratized crowdfunding system. It will open up the possibilities of crowdfunding to millions more people, so the industry can finally live up to its trillion-dollar potential. And make millions more world-changing ideas a reality in the process.

For the latest information on Dacxi Coin and the Dacxi Chain, visit dacxicoin.io. You can download the Lightpaper, and join the Dacxi Coin telegram community. For media enquiries, please contact [email protected]. You can also check out the latest Benzinga Dacxi Review.

Review of Cryptology in 2022: Best Platform for Cryptocurrency Trading