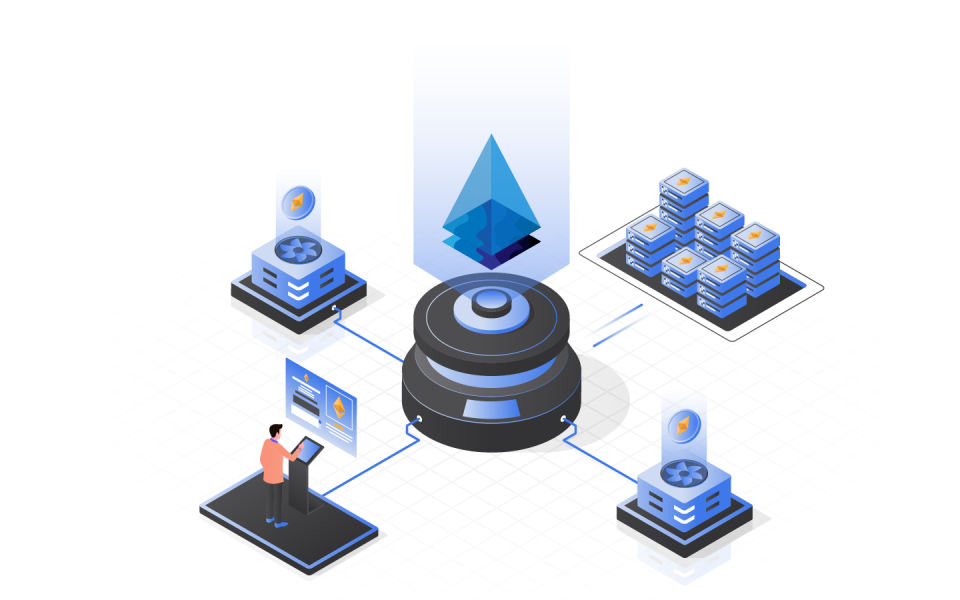 While all of these artists use traditional currency to establish a larger, modern conversation about our society, the foundation — the actual currency — is borne from a very old concept of money.

The development of cryptocurrencies and the blockchain technology at the heart of that economic revolution opens up a new world of possibilities for artists. There are those stamping their blood into blockchain contracts and projects such as 0xowns.art by A. Rafalovich that take consumers to the very heart of the question:

What is the source of value?

Currency and Transaction as Art

How people and societies interact with money and understand the value of currencies is at the heart of many pieces of art. Julie Mehretu, Ryoji Ikeda, Kopyright Liberation Front, Hans Haacke, and Marcel Duchamp — famous to the general public for his urinal “Fountain” — all found ways to incorporate financial themes, ideas, or materials into their work.

Historically speaking, the piece “Zone de Sensibilité Picturale Immatérielle” (Zone of Immaterial Pictorial Sensibility) by Yves Klein is the first relevant work to address transaction as art —though that was, in fact, an accident, as he was attempting to make immaterial art at the time.

Klein, known for his blue monochromes, was part of the French artistic movement Nouveau réalisme. The piece, “Zone of Immaterial Pictorial Sensibility,” created in 1959, was a heady mix of an artist book and performance.

This space of invisible art was proven to exist through a receipt of sale for a certain amount of gold. Then, if the buyer wished, the performance part of the project could be completed with an elaborate ritual in which the buyer would burn the receipt, and Klein would chuck half of the gold into the Seine River.

To give the work credence, the ritual was performed in front of an art dealer or critic, a museum director, and at least two additional witnesses. A total of eight Zones were sold, with at least three that involved throwing gold into the river.

Klein’s objective was to transcend the material by creating the invisible piece of art, “the Zone,” which was entirely metaphysical. However, the capitalist technology of the time — gold and receipts — still required physical objects.

Because of the development of blockchain technology, this is no longer the case. In fact, it is possible to have the results of a chain of transactions recording the provenance of a piece of artwork that is entirely ethereal — the artwork exists only in its history of transactions, as is done through 0xowns.art.

But even before blockchain and cryptocurrencies, capitalism evolved to a level where ownership no longer required any reference to a physical object. It moved to a belief in a system — a belief in the value of a dollar.

In the United States, this was kicked off by the abandonment of the gold standard in 1973. No longer did a dollar represent an amount of a physical object: gold.

The final step in such distancing — and an unshackling of government control over currency — came with the development of cryptocurrencies and blockchain. This technology allowed for the complete replacement of physical objects of value with self-referential ownership.

When members of the cryptocurrency community refer to Bitcoin, Ethereum, Litecoin, Ripple and so on as a “store of wealth,” they are invoking the self-referential chain of ownership: the value of Bitcoin is directly correlated with the number of people and the amount of activity within the community that believes in its value — nothing more.

One artist exploring the potential created by blockchain technology is Kevin Abosch, who is well known for selling a photograph of a potato for 1 million euros. For his blockchain project, Abosch created 100 pages of physical art which consist of his blood being stamped on to paper with a blockchain contract address: 0xD1cdB25428bF06f52bfe3af777C9B1e848f08A37.

Additionally, he launched the 10-million-piece cryptocurrency known as I Am A Coin. The currency works like any other currency: it can be traded, sold, or gifted.

Abosch explains that it’s not about the ownership of art — which are the coins, as well as the pieces of paper — but about partaking in the experience, as each transaction is part of a public ledger, proving that a person has taken part in the performance.

“We come into the world like newly minted coins — perfect and priceless. Yet we are constantly being ascribed a value. The most unfortunate are deemed ‘worthless’ by those who exploit human currency,” Abosch explains in his artist statement. “At times life may seem reduced to the transactional. I often have difficulty discerning where I end and the person before me begins, while photographing my various subjects. A sense of oneness staves off the call to market.”

However, like Klein’s selling of zones, Abosch does not completely avoid a connection to physical objects. In fact, he plans to make certain physical artworks available only by trade with IAMA coins.

CryptoPunks is another venture into the art world by those interested in the artistic potential of blockchain. Matt Hall and John Watkinson created 10,000 uniquely algorithm-generated characters that exist only online and can only be owned by a single person on the Ethereum blockchain.

Hall and Watkinson’s efforts through Larva Labs took advantage of digital collectibles being pegged to cryptocurrencies. The value of such digital items swings wildly, but CryptoPunks are estimated to have a market cap of about $359,000 and an average sale price of a single character at about $55.

One of the reasons for the growing popularity of such items is millennials’ comfort with attributing monetary value to digital objects. Additionally, there is no need to enter the intimidating world of auction houses or galleries (or spend thousands of dollars when you do so).

“If you can create a market for kittens, you can do it for digital art,” said Anders Petterson, author of the Hiscox Online Art Trade Report. “Millennials are comfortable with this kind of technology. There is the potential to open up an entire new ecosystem outside the traditional art world.”

Rafalovich, a California Institute of the Arts master of fine arts student, has found an even more profound way to explore transcendence of matter through market transaction via blockchain.

Through his project 0xowns.art, Rafalovich allows art buyers to transfer ownership of an artwork that has no physical or digital objecthood. It goes beyond the digital objecthood of the CyberPunks, fails to adhere to the need for physical art that supports Abosch, and lands in “the Zone” developed by Klein without the constraints of a physical record of transaction.

The digital ledger built upon by each transaction is the verification of the sale of the piece of art, as well as its value, much in the same way as an art critic and art museum director were required to witness Klein’s elaborate ceremony when selling “the Zone.”

Once the art is purchased via 0xowns.art using an Ethereum smart contract, the new owner is able to set a resale price for the blockchain art. There are no tokens or other digital assets; the buyer’s address is simply recorded as the owner until the next collector buys out the smart contract.

What You (and Everyone Else) Values Is Valuable

The concept behind 0xowns.art is the same that powers all modern currency: value is only as real as the belief in the value of the currency. This is especially true with cryptocurrencies, which don’t have government backing.

Of course, it is possible to argue that the value of Bitcoin is directly connected to the cost of energy, much in the same way U.S. dollars were connected to the value of gold. At first blush, the argument makes sense because of the cost mining has in pursuit of Bitcoin. However, the recent collapse of large mining firms is direct evidence to the contrary, as during this time period electricity prices stayed mostly stable.

Yes, electricity costs impact the profitability of large, power-hungry mining companies, because when the value of Bitcoin drops below a certain level, it’s no longer financially viable to continue mining. However, the value of Bitcoin itself is a result of the value attributed to it by the community of interested members.

This idea of value — something artists and art buyers have always struggled with — is what Rafalovich’s art allows the public to focus on without the distractions of physical or even digital objects.

0xowns.art points a finger at the self-referential nature of cryptocurrencies as the global economy enters the early stages of evolving into a blockchain-based future.

Part of the process is a change in what ownership means and how we perceive it. As the first artwork to address the shift away from objects to pure ownership, 0xowns.art marks a major breakthrough in the history of capitalist economies.