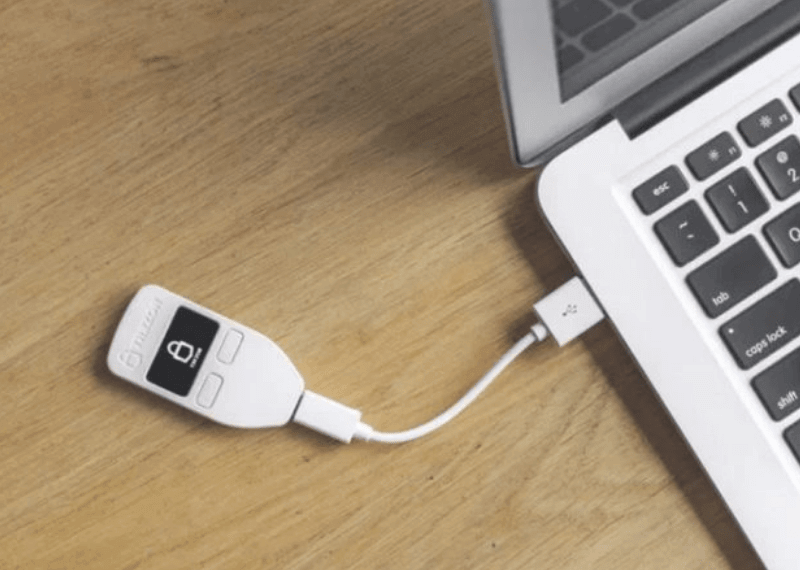 On November 19, Trezor a cryptocurrency hardware wallet issued a warning to its users after discovering that some reprobate actors were manufacturing and selling fake devices of the company.

Trezor is a hardware wallet used for storing bitcoins and other cryptocurrencies without any third party involvement. The Bitcoin transactions can be done with the utmost security on the device.

The crypto hardware wallet along with KeepKey and Ledger forms one of the best-known and oldest manufacturers. They informed the users that an unknown third party was selling one-to-one copies of the Trezor’s device.

The officials of the company stated that the clones of Trezor have been launched over the years of their activity. They also said that in the past few weeks they discovered that a fake device of Trezor was distributed by an unknown manufacturer.

The officials further added that the fake device appears not unlike the major social media scams that offer fraudulent endorsements and tokens under the name of popular firms from the sector.

The fraudsters also targeted ICO (initial coin offerings) with fake versions to heist the funds from the investors. The officials warn the users should review before purchasing from the third parties.

The company also urged the users to be very careful before purchasing the devices online from marketplaces like AliExpress, Taobao, non-verified Amazon resellers and eBay.

The officials concluded by stating if the users are not sure about the genuineness of the channel or seller, then they should always buy the product from the verified sellers.

Bitcoin News | Market in a frenzy as Bitcoin Price drops to $4,200