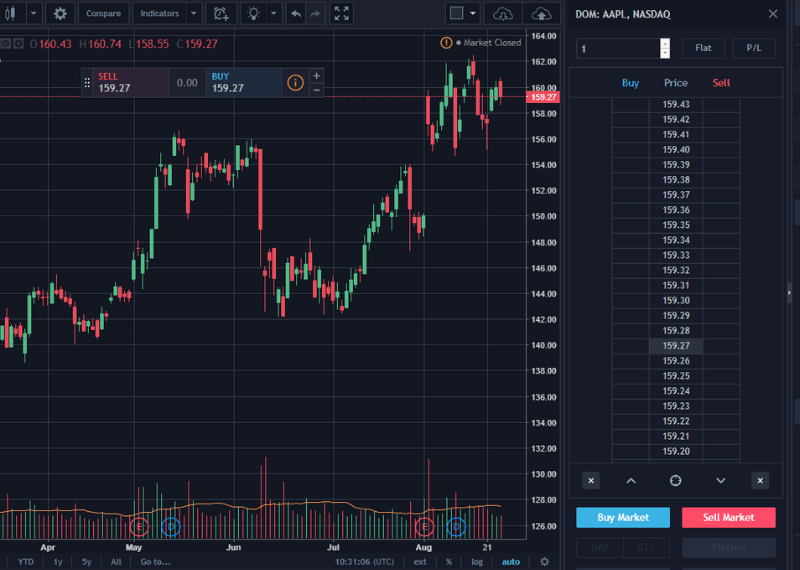 TradingView released the Android Version of the platform on 22nd November. The communities of both traditional markets and cryptocurrencies had been looking forward to having an Android Version for sometime. An iOS version already exists.

Some of the requests go back to as old as five years. The requests denote urgency and need by the traders for an Android App. 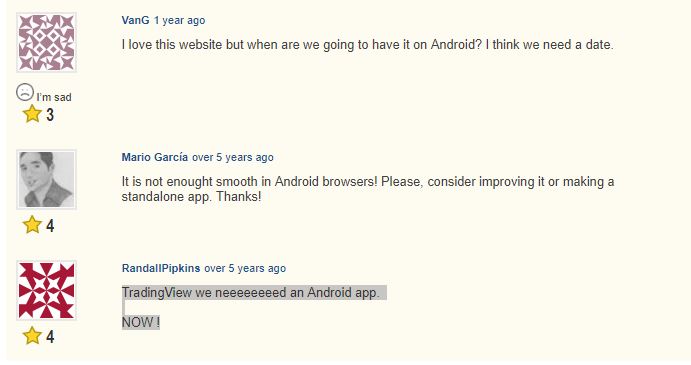 The calls for an Android version did not go unnoticed. The team at TradingView launched the Android version of the platform with an announcement that stated the following.

The requests did not get unnoticed and the version was launched with the following announcement.

“We received numerous requests to build a native app for the Android OS and simply couldn’t leave them unanswered. We thank you for your patience and it is our great pleasure to present you the official  app for Android devices. Your favorite charts and real time data is now readily available at your fingertips.”

Features of the App

The announcement further explains the charting application and the version’s essential features. The future additions include ideas, push notifications chats and much more. The current features include, a Watchlist, State of the art charts and Synced account information.

The trading community expressed gratitude for the Android Version and it can be seen through their reviews on Google Play. The app has a collective rating of 4.5 stars and has been downloaded over 50,000 times.

A user who downloaded the app said,”

I will wait for you for so long ! If you have not come in time I may be move to the iOS! Thank you !

While the move has brought much happiness to the viewers, the coming update is expected to have several other interesting features. The new features will further enhance the scope of TradingView.