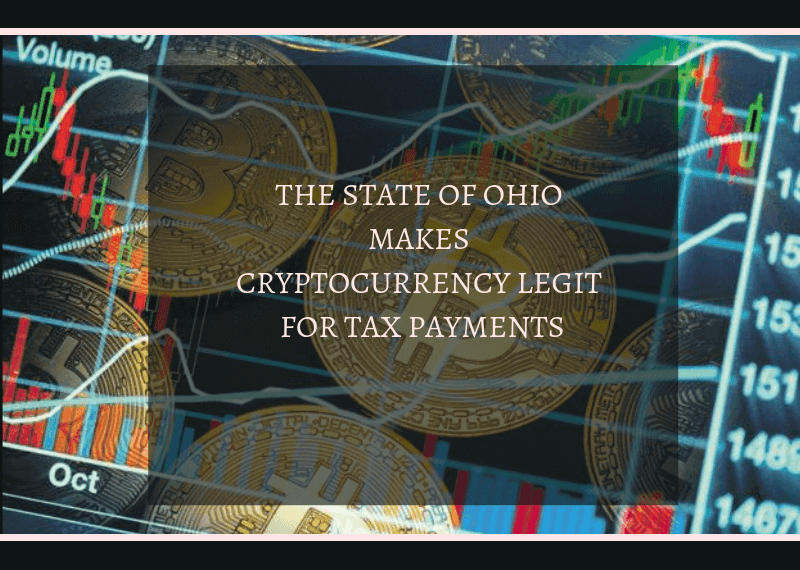 Amid a lot of resistance, the State of Ohio has been poised to herald as a pioneer for the adoption of cryptocurrency as Payment Medium. As per Josh Mandel, the state’s treasurer, the announcements will be made on Tuesday 27.11.2018 by holding a press conference. At the same time, Mr Mandel is also sure that the reign of cryptocurrency as a means of payment for the tax expenditure will continue even after the expiration of his tenure in January 2019.

In the initial stage of the implementation, the advantage or privilege to use cryptocurrency as tax expenditure will be available for businesses only. However, shortly; after assessing the success and acceptance, the opportunity will be shared with individuals of the state of Ohio. For the business houses, they can register on OhioCrypto.com to start their tax payments via cryptocurrency. At the moment, the only bitcoin will be an acceptable form of digital token for the payment.

The Provenance of the Trend

It is not the very first time that the lawmakers have taken such a step to make digital crypto token as a fiat currency for payment. Instead, in the past, the lawmakers of the United States have passed a bill at the Arizona House of the Representative; but to no avail, there were amendments made to the bill which hindered its proliferation.
Similarly, in the State of Georgia, a similar type of bill was passed in February 2018; but it has been thawed ever since then with the status showing 25% progression.

The peer to peer network has shown immense potential across diverse sectors; however, it took a while to be recognised for government-sponsored payments. The acceptance of bitcoin for tax payments will further bridge and bolster trust among the peers to adopt cryptocurrency for different payments shortly.