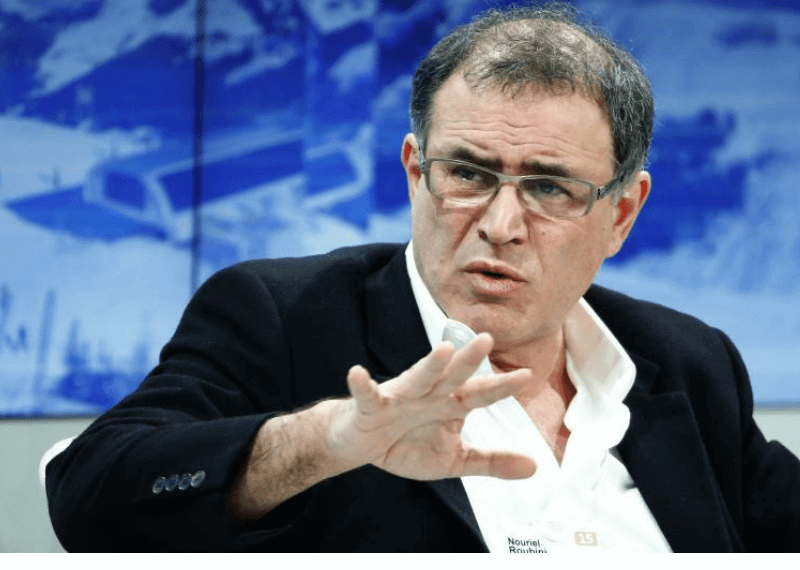 Nouriel Roubini remains the biggest Bitcoin critic of all time. His tweetstorm which started in the wee hours of morning is a clear demonstration of his hatred towards cryptocurrencies.

4800 Pump & Dump schemes! Crypto is THE most manipulated financial market in ALL human history & manipulation of “assets” that are all shitcoins & worth ZERO. It makes the Wolf of Wall Street look like a naive amateur. And in spite of this sleaze shitcoins lost 95% this year! https://t.co/iqfuWiOHfz

While he observes that stock market witnessed a great downfall, he was adamant that the tumble is nothing in comparison to crypto market bloodbath.

“THE most manipulated financial market in ALL human history…It makes the Wolf of Wall Street look like a naive amateur.”

In yet another tweet he took a dig at ConsenSys employees , who recently lost their jobs  owing to prevailing market slump.

ConsenSys firing only 60% of employees? It will soon be 99%. Have NO sympathy for those fools who left real jobs in tech for fake quick riches!

ConsenSys plans to spin out most of its startups, and it’s going to mean layoffs. Up to 60% of jobs https://t.co/ROo9lcaiIe via @Verge

NO Sympathy For Fired Workers

Roubini referred to a  Verge article revealing that ConsenSys , could lay off 50% to 60% of its staff to cut costs.

As TCU reported, the restructuring is a move to  streamline ConsenSys’ unprofitable business model and eliminate underperforming projects, which bore heavy losses in the crypto bear market.

“We must retain, and in some cases regain, the  lean and gritty startup mindset that made us who we are,”

ConsenSys CEO Joseph Lubin wrote in a company letter before the layoffs.

Since February 2018, ConsenSys doubled its workforce while expanding into 29 countries.

Lubin, the co-founder of Ethereum, personally financed the expansion, but now admits that ConsenSys became unprofitable after its rapid growth. Roubini in a sardonic laugh  pointed to ConsenSys’ troubles, re emphasising  that he has “no sympathy for those fools who left real jobs 4 fake quick riches of sh*tcoins.”

If they have any brain left after crypto brainwashing, they will find real jobs where returns are slow and based on real jobs/firms.

Roubini also expressed his happiness  in the surprising revelation that Blythe Masters, a JPMorgan alum, will step down as CEO of Digital Asset Holdings.

Blythe Masters leaving Digital Asset/ASX for “personal reasons”; What a joke! And what is left of ASX is blockchain only in name. There is NOTHING blockchain about it. Like all the other flopping “enteprise DLT” projects peddled by IBM, JPM/GS. All private permissioned databases

The news came as a shock across the industry, since Masters was the first and most high-profile Wall Street banker to join the blockchain industry back in 2015.

Crypto to Enable the Creation of Web 3.0, Says Coinbase COO