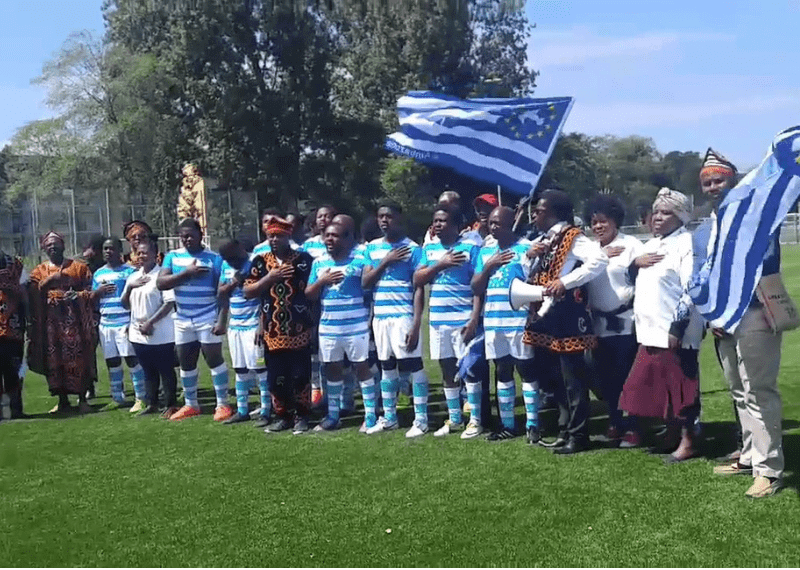 According to a Quartz Africa report, the separatists in Cameroon’s southern area of Ambazonia recently announced the launch of a new sovereign digital currency called Ambacoin (AMBA).

As per the report, 20,082 AmbaCoins of the Ambazonian crypto bond had already been acquired out of 100,000,000 coins on the pre-sale which was conducted on November 10.  One AmbaCoin is sold for 25 cents (equivalent to circa 140 CFA franc).

The main ICO (initial coin offering) of the digital currency is scheduled for December 24 this year and it is said to be supported by the rich natural resources of the breakaway area. And as result, the AMBA has become the second digital currency experiment post-Venezuela’s oil-backed crypto ‘Petro’. Which was created to raise funding and stimulate a struggling economy by the government.

The AMBA was designed and created by a team of unknown Anglophone separatist technocrats, developers and scholars. And has acquired the support of the frontline separatists and secessionist movements.

When the news of the digital currency was made official in last month, Chris Anu, the titled secretary of state for IT & communication for the ‘Federal Republic of Ambazonia’ on his Facebook handle posted a sample of the crypto bond and said that ‘We are getting there folks.’

Moreover, a statement on the AmbaCoin website denotes that plans are already in progress for the creation of the fiat currency for Ambazonia which will be utilized to peg the future value of AmbaCoin. And the English-speaking separatists are really keen to detach themselves from the CFA (Central African Franc) which Cameroon uses. Both the West African and Central CFA are associated with France’s national treasury.

As per the report, the biggest challenge ever faced by the breakaway area is most of the wealth and resources in the region are managed by the Francophone-led administration of Cameroon, which chokes access to its assets.

AmbaCoin, on the other hand, has many similarities with the Venezuelan state-backed currency. And just like ‘Petro’ AmbaCoin also claims to be an asset-backed digital currency, with the assets in the query being Ambazonia’s future treasury earnings and natural resources.

However, it is still unclear how the said resources will be used given that the military of Cameroon is yet under the control of Southern Cameroon. Despite the technical and economic criticisms of AmbaCoin, it must be noted that this project cannot be underrated because there is a real street-level demand in the area for currency which is not managed by Cameroon’s Francophone central administration.

Apart from the new digital currency, Ambazonia also has an interim government and an anthem flag but it is yet to be recognized as a country by any nation across the world. And additionally, there is a huge potential investor base of about two million people in the Anglophone Cameroonian diaspora.