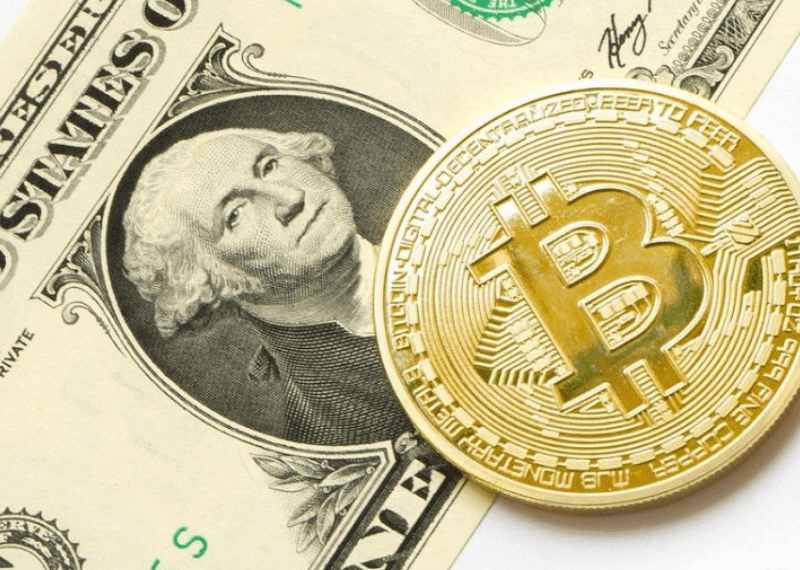 As per the current market data, BitUSD, an elder  stablecoin with the same functionality and design as of Dai, is currently worth thirty percent less than a dollar than it is expected to be worth.

This stablecoin is issued on BitShares a platform which works if the network loses liquidity for the shares that are issued. Then the tokens will automatically go into a mode called ‘global settlement. It means they will no longer be supplied.

However, all that can be done at the point with BitUSD tokens is a recovery against BTS which is currently at a rate of about seventy cents on the US dollar.

Recently a BitShares user known as ‘bitsharesbagholder’ posted on the official forum of BitShares with concern that the elder stablecoin BitUSD was efficaciously ‘dead’. The actual purpose of trading the tokens is to denominate in dollars and if one is unable to do that because of lack of collateral in the network counter to which the tokens are issued.

Recently BitShares bitUSD went into “global settlement,” meaning that users can no longer borrow bitUSD from the chain, but they can convert it into collateral (BTS) at the global settlement price, currently about $0.70. pic.twitter.com/YJamqqKQi6

The global downfall in the crypto prices has played a huge role in the reduction of the BitUSD token. And to redeem the tokens with a dollar worth of cryptos, the cryptos that are held in the contracts of BitShares should have a price that allows them to do so.

Lance Kasper, an analyst explained that if the holders of BitUSD tokens have less recourse, and if they really wish to redeem it at one dollar, then they will have to wait till the token recovers its price in the market.

He also said that unlike many attempts to develop a crypto asset which tracks the dollar, market pegged asset is actually not an ‘I owe you’ provided by any firm. However, for this reason, it does not depend on a specific counterparty to acknowledge its value.

Lance then went on to say that though the manipulation threats that happen in any market, are minimized by the auditable and open source nature of BitShares platform and some carefully considered market regulations.  And the BitAssets which are stored on an exchange become IOUs and are subjected to rival party threat just like storing bitshares or BTC on an exchange. 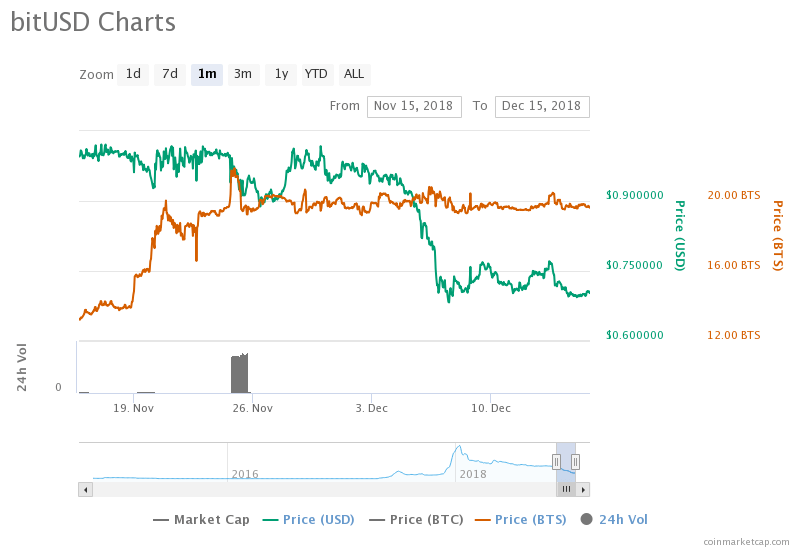 He further explained that this risk is not a property of the BitAssets themselves and they suggest that the users never deposit BitAssets on an exchange and rather use gateways that supply their IOUs onto the BitShares network.

He concluded by saying that this way one can trade their BitUSD against the gateway IOUs without even exposing their BitUSD to rival party threat while they are present in the order book.

November 28th was the last day when BitUSD token had a market standard parity with the US-pegged Dollar. However, the BitUSD’s overall market cap is a fraction of all the other stablecoins. Therefore, as a result, the number of affected parties is far lesser than if the same thing was to occur with a token like Tether or USDC or PAX.