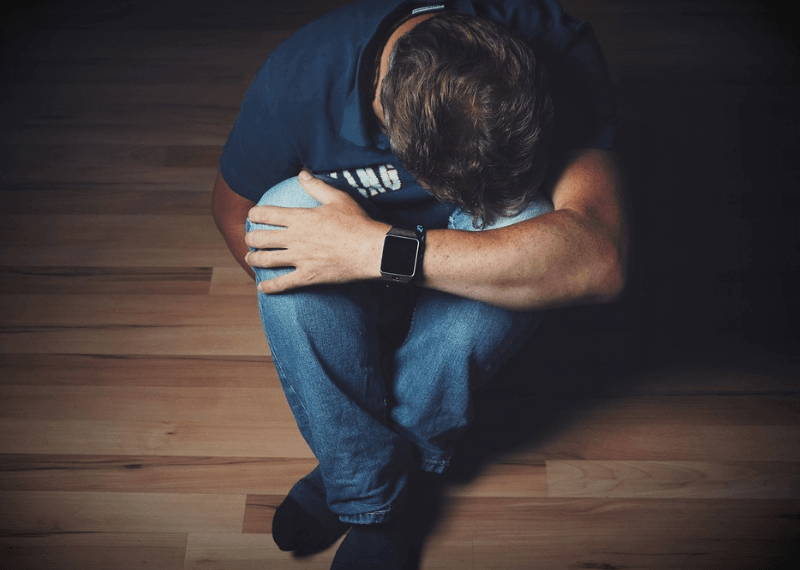 A resident of Istanbul, Kerem Albayrak claims losing $170,000 worth cryptocurrency as he did not back up his recovery phrase properly. Albayrak explains in a reddit post that he purchased a iMac and created a blockchain wallet so that he could transfer his funds from the hardware wallet.

After setting up his wallet, he went on a vacation and when he came back people complained his iMac was too big and took a lot of space. When he went to exchange it for a MacBook, the representatives said they don’t do exchanges and he needs to return the iMac first.

The employee told him that only 4 hours were left as the company’s 15-day policy was about to expire. He rushed to return his iMac without backing up the password and seed.

My wallet was newly transferred onto a Blockchain wallet created on the iMac after I had an incident with an offline wallet and got scared. I used [an] auto generate password by Apple with no iCloud to backup the keychain. When creating [the password], I took a screenshot on the iMac of the recovery phrase which is also now gone.

After returning the iMac and going home, he realized at night that he had just returned the computer without transferring the screenshot of his generated password to a device or email which he could still access. He then called Apple to see if someone could support him with this.

Albayrak also said he went to back to the store (where he had returned the iMac) 2 hours before it opened to hopefully catch the delivery van, which usually takes the products back to China where they are manufactured. However, after not being able to track down the delivery van, Albayrak entered the store and asked the manager if his computer was still there.

The computer was still a  part of standard return policy procedures, the iMac’s hard drive had been formatted, meaning that recovery phrase and password were gone. 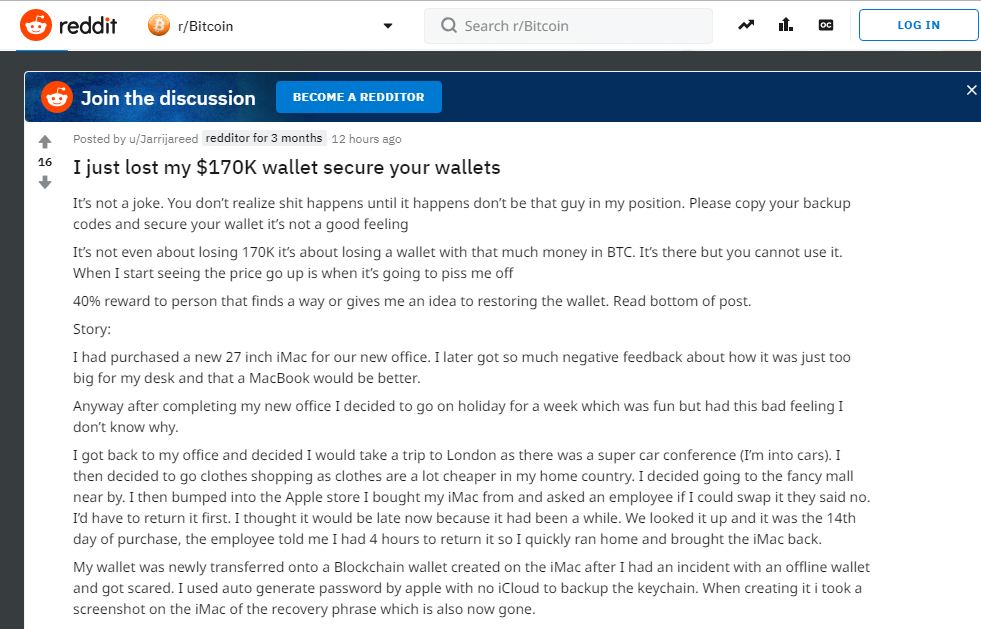 It’s not a joke. You don’t realize sh*t happens until it happens don’t be that guy in my position. Please copy your backup codes and secure your wallet … it’s not a good feeling. It’s not even about losing 170K … it’s about losing a wallet with that much money in BTC. It’s there but you cannot use it. When I start seeing the price go up is when it’s going to piss me off.

Interestingly, he has offered a 40% reward to help him find a way in which he can restore his wallet.