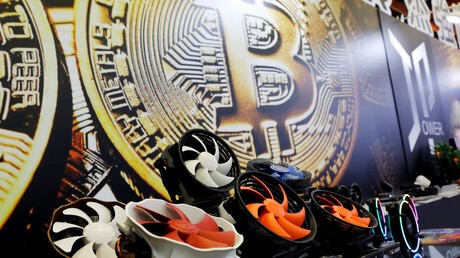 Constant mining gives birth to the cryptocurrency. However, the people who are mining cryptocurrency do not use traditional mining activities. Instead, to mine a cryptocurrency, the miners need a computer with a massive amount of processing power and graphics.

Mining of the cryptocurrencies

It is also the job of the miner to provide optimum security of the cryptocurrency network. When the miners do their job or complete their work, they immediately receive a few cryptocurrency tokens. On the other hand, the miners also receive new coins from the network after successfully calculating.

The market capitalization of Bitcoin in 2017

Back in December in the year 2017, the value of a single Bitcoin token was around 17,000 USD. Over time, the mining industry concerning Bitcoin and other cryptocurrency became extremely competitive. Later in the year 2019, the value of Bitcoin again saw a prominent growth up to 11,000 USD. The amount of Bitcoin saw a massive increase after Facebook said that it would release Libra. According to the sources, Facebook would release Libra in the following year.

In the meantime, China has again become a hub to the most prominent cryptocurrency farm for mining in the world. Furthermore, the government of China in 2019 April said that it would not facilitate the extraction of cryptocurrency. Moreover, this is all the more reason why significant miners are relocating to significant other countries such as Myanmar, Vietnam, and Cambodia.

As of now, Cambodia has already become a massive Bitcoin hub all around the world.

The downside of cryptocurrency mining

The cryptocurrency mining consumes a significant amount of energy. There are several numbers of farms across the globe, and these farms come with massive energy consumption. If the miners begin fueling the mining farms with renewable energy sources, then it would decrease the dependency of fossil fuels.

In the long run, it would also reduce the emission of chloro-fluoro carbon. Bitcoin and other digital currencies are here to stay, and they will not perish away with the sands of time.