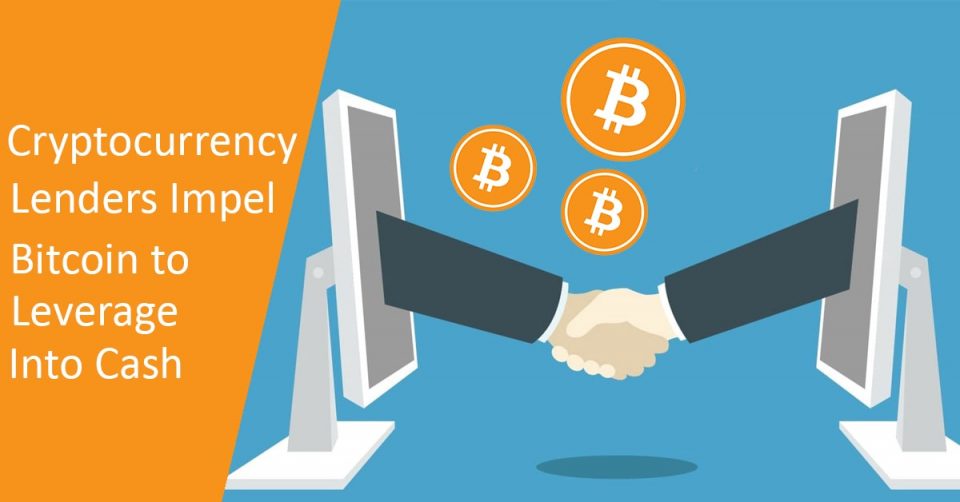 Edgar Fernandez who is a former Wall Street trader used his Bitcoin to borrow about $100,000. He used his bitcoin as collateral which helps him avert a tax bill on the cash that he acquired. It also lets him keep his cryptocurrency.

Digital currency has more risks that include price volatility, hacks, and theft which can make the collateral vanish. It can also leave the traders without track of records. The principles of tax have certain principles that do not tax the assets and properties until the owner sells them. It is similar to borrowing against stock holdings.

Concerning the downfall of digital money, cryptocurrency lenders push people to leverage into cash. They can do so by borrowing against their cryptocurrencies. The big selling point is that there is no tax bill on the transactions. The internal revenue service or IRS treats crypto money as a capital asset. It is pretty similar like stocks or property. However, it is different from currency.

Experts and even the lenders call the digital currency world a risky bet. The co-founder and chief executive officer of ZenLedger, Pat Larsen says that when dealing with digital currency, there are obvious and dangerous risks. According to him, it is always risky to avail loan with a volatile asset.

Andrew Kernosky, the owner of Archer Tax Group, says that betting on such a market that gradually increases and decreases is risky. It is because the borrower is tied with the loan.

A cryptocurrency lender in Jersey City of New Jersey who goes by the name Genesis capital is an affiliate of Genesis Trading. It is said that they handed over $1.1 billion in cash loans. Also claims that in the year 2018 they borrowed virtual cryptocurrency. It is double the volume than the last quarter of last year.

Other lenders like Nexo said that they do more transactions and loaned about $330 million since last April. Another lender named Nexo AG, a Swiss-based cryptocurrency lender claims to have affiliates in Delaware, Estonia, and the Cayman Islands. It claims to conduct its cash loans out of London. Antoni Trenchev, who hails from Bulgaria is the co-founder and managing partner, and an ex-legislator; gave this information.

Bitcoin rises from $1300 to directly $19,100 towards the end of December 2017. Therefore, early investors had paper gains. With paper gains, they could borrow. Although digital currency went for downfall after then, Bitcoin continued to surge. Bitcoin rose from $4100 to $4800, as per reports.

Digital currency lending world is like a “Wild West,” according to many experts. It is because the lenders come from anywhere sprawling overseas affiliates. They remain opaque regarding the ways and location of the storage of digital currency. They do so to save it from hacking.

US Securities and Exchange Commission or SEC and Commodity Futures Trading Commission did not find the cryptocurrency lenders under their authority. The government state agencies regulate them. However, SEC has scrutinized some lenders for their initial coin offerings. But, it does not mention the cash lending operations of these lenders.