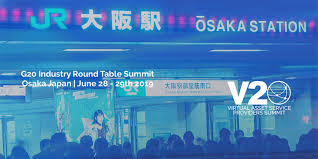 Crypto regulations will advance further in the global arena during the V20 Summit. Reportedly, the representatives of participating countries will assess the legal action that FATF proposed on digital currencies.

As per reports, FATF will roll out its proposals on 21st June. With it, the authority aims to set new global standards for the businesses involving cryptocurrencies.

Remarkably, the legislators support the upcoming Summit, and it will also invite many associations from the blockchain arena. Also, it will bring together top virtual asset service providers in the world.

For the record, the standards of FATF for cryptocurrency and blockchain have already set good expectations. It is considerable as far as legislators come into the picture. Interestingly, Naokazu Takemoto is a Japanese Congressman who addressed some concerns. According to him, the impacts of such standards are high on financial securities that are long-lasting.

Further, Takemoto goes into explaining that the virtual asset’s industry recognises the importance of regulations. It is because recently, there are so many cases of financial crimes and corruption. So, by recognizing standard regulations, virtual asset industries can prevent such crimes and also mitigate corruption.

As a matter of fact, the event will run in parallel with the G20 Summit in Japan’s Osaka. The date for the event is on the 28th and 29th of June. Coincidentally, the summit will take place in Japan, which is the only one having legal frameworks for blockchain and cryptocurrency.

Such measures will tighten restrictions. Precisely, it will be strict speculative trade restrictions, obligations for different exchanges, etc.  In addition to that, it will also regulate crypto fund protection.

While regulators believe that there is a need to regulate digital assets, too much of it might backfire.

On the other hand, Roger Wilkins thinks that too much regulation might push users out of such platforms. As per matter of fact, Wilkins is the ex-president of FATF. Interestingly, he also is a former secretary in the Department of Attorney General of Australia.

Wilkins hears the negative impacts of new rules on people

Supporting his ideas, Wilkins says that he heard of negative impacts of new rules on people. As a result, it pushes the crypto transactions away from platforms adopting such regulations. Although these regulations give visibility and prevent crimes, transactions have opposite effects.

Meanwhile, legislators agree on the regulations because they acknowledge the need for balance. Nevertheless, everyone knows that there is nothing like noncompliance or flexibility by recommendations of FATF.

At last, Wilkins says that he recognizes the importance of identifying a balanced solution. Additionally, it also builds new business opportunities.

Bank of China has issued bonds worth of $2.8B with Blockchain