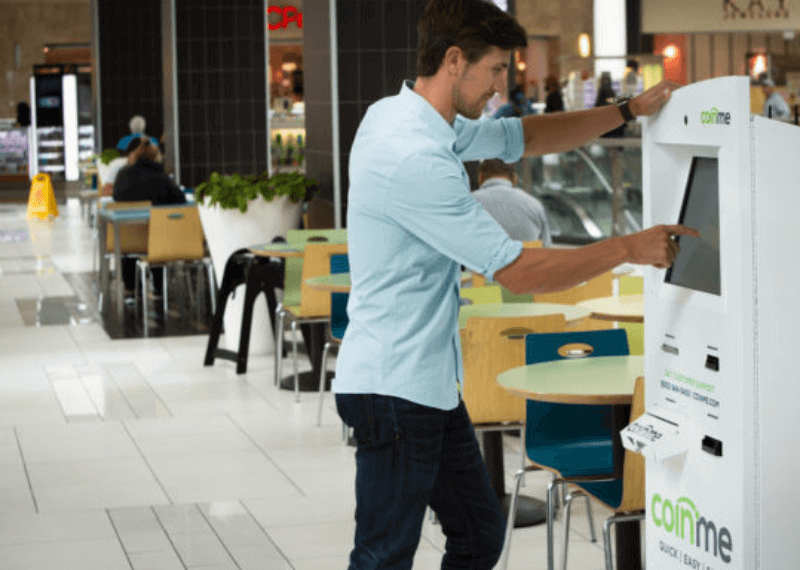 Coinme, United States Bitcoin ATM operator  has entered into an alliance with Coinstar to sell BTC at it’s counting kiosks. Coinme is the first BTM operator to receive a license in the U.S. The BTM operator  will reportedly add thousands of locations via this alliance. Interestingly, it some integrations are already live.

CEO and cofounder Neil Bergquist commented in the press release:

“Bitcoin is now accessible at your local grocery store via Coinstar kiosks, and this offering will make it even easier for consumers to participate in this dynamic new economy.”

“Coinstar is always looking for new ways to offer value to our consumers when they visit our kiosks,”

According to industry monitoring resource CoinATMRadar, there were 4187 known BTMs worldwide as of Friday, of which 2516 (about 60 percent) were in the U.S. Moreover, it remains unknown whether the Bitcoin feature will expand beyond the U.S.A. While the company did not provide figures on how many machines will offer it.

The market has grown considerably in recent years. With various operators vying for control of what they believe will become a highly popular on-ramp for cryptocurrency usage. Furthermore, a report published in September last year indicated that BTMs would grow to constitute a $144.5 million industry by 2023.

With increased presence comes increased risk, however, researchers last year also warning about the appearance of dedicated malware for the machines.

On October 22 TCU reported, A regular ATM manufacturer, Genmega and Bitcoin ATM firm, LibertyX have collaborated to  let the users buy Bitcoins by using a debit card at thousands of locations in the U.S . After the making of the application, all that would be required is a software upgrade to permit the customers to buy bitcoin from the ATM and having to transfer it to their cryptocurrency wallet.

Chain Plus Korea- Korea’s Biggest Conference is Around the Corner