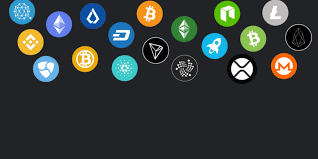 Reportedly, Bitcoin plunges to a value of 11,346 dollars, which is about 14.24 per cent. So, with the setback, it gives up gains that the coin acquired this week. Interestingly, the coin hit the value of 13,666.02 dollars recently, which is the highest in 18 months. Actually, when it comes to the value, the coin soared over 260 per cent this year before losing steam.

Similarly, the price value of other major cryptocurrencies too slumped. As per current data, Ethereum loses 12.06 per cent, XRP loses 12.17 per cent and Litecoin drops to 11.99 per cent. As a result, crypto traders are not excited with the news. Similarly, crypto exchanges of India and Singapore suffered setbacks. Precisely, Koinex, the crypto exchange from India is closing down. Likewise, Bitrue, a crypto exchange of Singapore suffers a hack of more than 4 million dollars of assets.

The Indian cryptocurrency exchange, Koinex concluded to shut the exchange down finally. It includes the closure of all the digital assets as well as exchange operations and services. The co-founder of Koinex, Rahul Raj, says that the closure is due to the delay in clarification for crypto-regulation. According to him, the government of India is delaying clarification on the regulation of cryptocurrencies.

Rahul Raj comes forward to talk about the closure. He clarifies that he found it difficult to operate crypto trading business since last fourteen months in India. Further, he says that the difficulty was also because bank accounts of users closed. Crypto users held deposits in their bank accounts, and they closed abruptly. Koinex not only suffered from this, but banks and payment gateways also denied leveraging their payment services to it.

India will not welcome cryptocurrencies shortly

Furthermore, Rahul says that they duly considered all the recent developments in the blockchain and crypto industry in the country. And, he further says that they are not very hopeful for positive changes shortly, unfortunately.

On the other hand, Bitrue, which is Singaporean peer of Koinex, comes up with negative news as well. Reportedly, the exchange lost more than 4 million dollar in XRP and also in Cardano due to the hack.

90 Bitrue users affected from the attack

Moreover, the crypto exchange says that the attacker accessed the hot wallet of the exchange.

Consequently, the hacker moved about 4.04 million dollar worth of XRP. Also, the attacker moved about 235 thousand worth of Cardano tokens into other exchanges. Hence, it affected multiple users of the crypto exchange Bitrue.

However, Bitrue says that they have control of the situation. With this, the exchange also promises to return the funds that they have lost to its users. At last, Bitrue plans to review the policies and security measures so that such an attack cannot happen again.

Crypto stock CLIC Technology (OTCMKTS: CLCI) could be the one investors are waiting for