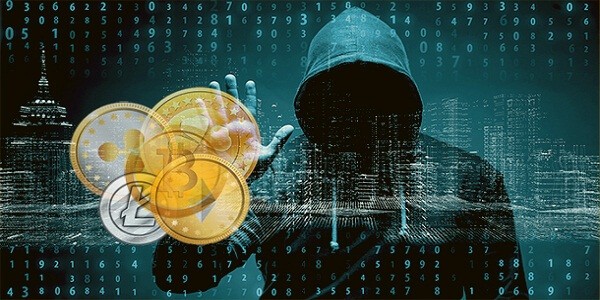 As per reports, the cryptocurrency world suffers a huge loss of over $350 million to cyber-thieves and scammers. This loss happened in the first quarter of the year 2019. The news indicates money laundering to increase towards the end of the year.

As a result, there is an increment of about 46% in the payment method. This value is while making payment to offshore crypto wallets from US exchanges. Over the past two years, this value increase due to constant cyber thefts, as per analytics.

According to analytics, payments through wallets are not detectable once they reach offshore wallets and exchanges. They highlight that the US authorities fail to detect those payments. As a result, such cyber crimes happen. It also indicates a big blind spot on US regulatory.

Surprisingly, many crypto exchanges are under attack of scammers. To be specific, five different cryptocurrency exchanges lost millions on the hands of hackers. For instance, Cryptopia lost over 16 million dollars to thieves in January. As per matter of fact, Cryptopia is one of the longest-serving crypto exchanges. Similarly, DragonEx and CoinBene lost a total of over $46 million worth of Ethereum tokens. The two Singapore based firms disclosed the matter in March.

Upon investigation of hot wallets of CoinBene, several shocking revelations came up. As per the investigation, about 105 million dollars cryptocurrencies were sent to different platforms. It includes the periods in which the attack happened. Precisely, the period lies in between March 25th to March 28th.  The platform which received the cryptocurrencies includes companies like EtherDelta.

The spokesperson of the investigation tells that they confirmed more than 100 million dollar movement. However, a part of that value came back into the cold wallet of CoinBene. Hence, they agree that thieves didn’t steal all the movement.

Similarly, Bithumb lost about 13 million dollars by a similar attack. As per matter of fact, the exchange is a South Korean exchange. It confirmed the loss in March. Further, the reports suspect that Ripple also lost about 6 million dollar worth of cryptocurrencies. Though there is suspicion, Ripple say s that it was an accident that included insiders.

Similarly, Coinbin faced bankruptcy in the last quarter of the previous year. The South Korean exchanges lost about 26 million dollars. And, it too blamed an insider for the loss.

The reports categorized QuadrigaCX for the theft tentatively. It empathizes on the $190 million dollar mystery rather than exchange hack or exit scam.

Researchers claim evidence to prove curious holes in the official story of QuadrigaCX. It includes 14 accounts that are illegal to support the claim.

HOW CAN LOGARITHMIC FINANCE (LOG) COMPETE AGAINST THE PROMINENT PLAYERS OF THE CRYPTO INDUSTRY LIKE DECENTRALAND (MANA) AND ZILLIQA (ZIL)?