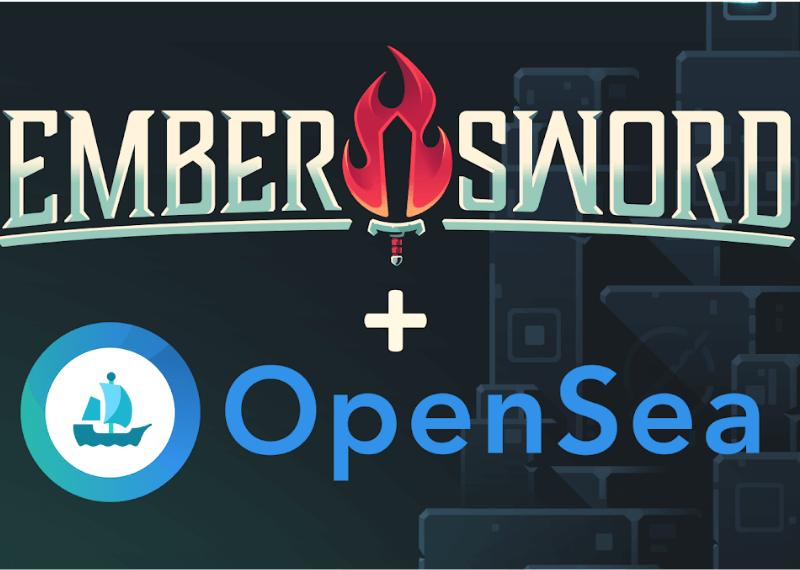 The two enterprises will deploy a custom version of the OpenSea backend to fuel a peer-to-peer (P2P) marketplace for tokenized cosmetic items inside Ember Sword game. Further, the marketplace will focus primarily on user-friendliness and mainstream gamers who are new to blockchain and cryptocurrencies.

Ember Sword has been powered by the Ethereum blockchain where players acquire tokenized cosmetics through gameplay which they can trade and sell for PIXEL. Those investing in land to eventually becoming landowners further evolve the world by placing monsters and NPCs. Wherein, they can make profits by building services and experiences like marketplaces. Further, the players can buy in-game purchases, access auctions etc.

“Players trade game cosmetics, skins, and accounts for billions of dollars every year on illegal and insecure black markets already, but in Ember Sword, these items can be traded legally within the game’s secure ecosystem,”

“OpenSea seeks to become the leading marketplace for the user-owned digital collectibles that are at the backbone of the next revolution in free to play monetization, and we’re thrilled to partner with their talented team to create the best possible experience for our players,”

“With OpenSea, we avoid having to build a marketplace from the ground up, including testing and deploying the marketplace smart-contracts.”

Cosmetics in Ember Sword possess a unique item history. Further, they exist in a finite supply, and are rewarded to players through in-game activities and competitions. Further,  turning each item into a true digital collectible.

Y-Combinator backed OpenSea is a P2P marketplace for blockchain-based assets including collectibles and gaming items. Moreover, it claims to be the largest general marketplace for user-owned digital items. OpenSea saw  over 5,000 ETH worth of transactions, since its beta launch in December 2017.

A BRIEF INSIGHT ON CRYPTO SOFT AND ONLINE CRYPTOCURRENCY TRADING