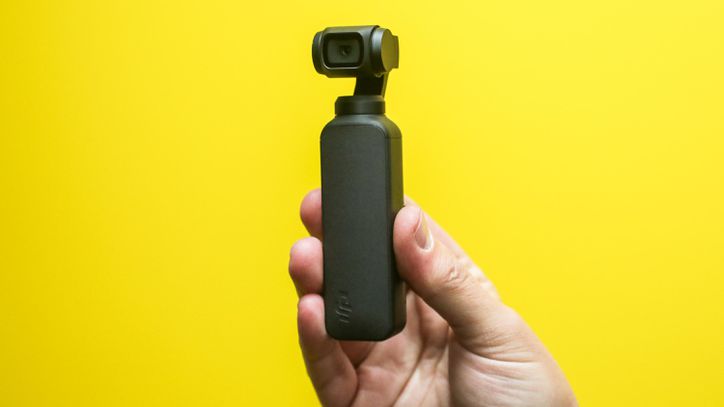 DJI recently launched its Osmo Pocket, an all-in-one camera which comes with a built-in stabilizer. Well, it’s a small compact size that makes it a good camera option for YouTubers as well as other kinds of bloggers. However, it left many people to think if it would make a good choice or not as a professional kit. And now, it turns out that the Chinese tech company has done something impressive by making the camera and stabilizer in a single usable tiny package which weighs only 4 ounces.

So, what exactly is the DJI Osmo Pocket?

The camera, which makes the top section of Osmo Pocket, shoots 4K resolution footage. It captures still pictures using a variety of shooting modes. It is integrated with a 3-axis gimbal which utilizes details from the sensors present inside to track camera movement and capture steady images. What’s the result? The image does not suffer from jiggles and shakes. So, if you like to walk while recording videos on camera as most vloggers do, then such a feature can help keep the camera still.

DJI manufactures stand-alone gimbal which helps to make a camera steady while other companies sell a camera that captures good shots. Here, you will have to ensure that both the devices are properly charges to synchronize them. Well, the case is different with the Osmo Pocket camera as you simply have to remove it out from your pocket and begin shooting.

The main objective of the Osmo Pocket is video. The camera shoots footage in 4K resolution at 60 fps. This is similar to what you get from the topmost camera setting in the latest Apple iPhone. Besides, the camera shoots 1080 pixels footage at 120 fps if you wish to capture in slow-mo a video then you will get 4-times slower video. You get the 12MP files to shoot still footage, which is pretty standard for the recent smartphones. The camera doesn’t beat the mirrorless cameras or high-end DSLRs, but the images which come from it look completely acceptable.

In simple words, the Osmo Pocket is quite similar to the recent modern smartphone in many ways. However, stabilization is the part where the camera is different from standard smartphone footage. The gimbal is extremely smooth specifically when you are new to stabilizers such as these. The camera rotates quickly to take its place when switched on and tracks objects perfectly during movement. Such type of stabilization tech helps to keep the camera still. As such, you can get smooth footage even when you jiggle it.

Coming to the price, the Osmo Pocket is priced at $350 which doesn’t make it an easy-going purchase. You are essentially getting two gadgets merged into one, and its price shows that. However, if you wish to start video blogging, then the price is comparatively less than other known devices such as the Sony A6300 camera.

The Osmo Pocket provides footage which a smartphone camera cannot. The stabilization is just like magic. In the end, it is a simple, small camera which you can carry with you everywhere and yet capture amazing shots.