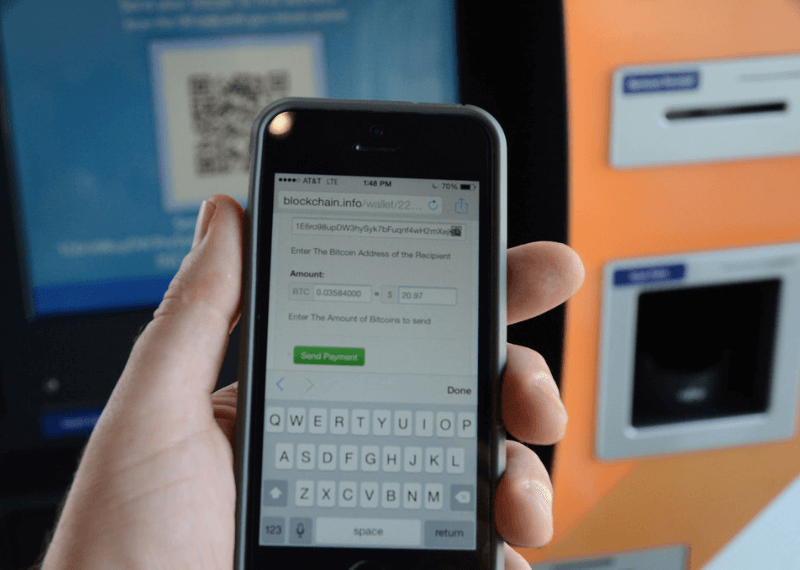 Coinsource is the world’s largest bitcoin ATM Company and it has finally received official approval to operate in New York, the finance hub of the United States. They have been granted the BitLicense by the New York Department of Financial Services (NYDFS).  CEO of Coinsource Sheffield Clark called the announcement a “landmark day for Coinsource” and an “important win for New Yorkers” in a statement.

Coinsource had been previously operating in New York via a special DFS provisional license. The company is Texas-based and has nearly 200 ATMs functioning in the US alone and is deploying machines all over the world. The majority of the machines are two way ATMs which means one can buy and also sell Bitcoin through these ATMs. Coinsource ATMs support transactions from $5 to a limit of $5,000 per day.

BitLicense were formulated in 2015 and their approvals have been among the most difficult credentials to procure for virtual currency businesses seeking to operate in New York. The set of rules was developed by the New York Department of Financial Services to govern digital currency businesses operating in the state.

In an interview with Bitcoin Magazine, Clark noted that he sees the “license as validation of not only our tireless efforts to offer Americans easy, convenient access to an evolving global financial system, but also progress in the acceptance and legitimization of bitcoin as a valuable currency.”

An external spokesperson believes that regulations are worth the wait in that they “legitimize” things. Speaking of their BitLicense being granted, she said:

“Coinsource has been operating with a provisional license within that state, so the approval of the license does not necessarily change the service, but further legitimizes the company as a whole. Being granted an official license is a huge step towards general adoption. […] This milestone demonstrates to both other crypto companies and the general public that if you remain compliant and play by the rules, you will be rewarded.”

The BitLicense will allow New York-based businesses to use Coinsource’s ATM kiosks to buy and sell bitcoins instantly. They can also conduct business with customers and companies based in the state. Another major milestone is that Coinsource is the first Bitcoin ATM Company to get the BitLicense from the New York regulator, and the 12th company overall.

The company had applied for the license in 2015 and it took three years to get this license. Clark and the company are extremely delighted to have obtained such a ‘prestigious license’ and also excited to move further with their plans. He said, “We are extremely honored to receive this recognition from the state of New York and applaud the state for its dedication to ensuring cryptocurrency companies are regulated appropriately.”

“From the onset, our goal was to provide millions of Americans with a reliable and convenient way to buy digital currency. Bitcoin is no longer a fringe currency, and in 2018, is increasingly being adopted by the mainstream. Today, with the issuance of the virtual currency trading license to a BTM operator, the bitcoin industry takes another step toward public adoption.”

The company has noted an increased support from the community and the acceptance of Bitcoin which surpassed their expectations. They plan to further increase their reach to all the 50 states in America.

In his conclusion note, he said:

“Aligning with blockchain’s decentralized nature, Coinsource focuses on allowing any person, no matter what their socio-economic status is, technological know-how, or where they are based, access to our generation’s most important innovation.”

NYDFS clarified that the decision was taken after a comprehensive review of the application sent by Coinsource. The firm is subjected to significant regulatory conditions. These include implementing robust anti-money-laundering (AML), and counter-terrorism-financing (CFT) measures, as well as “risk-based controls” to prevent or respond to any “potential or actual wrongful use of Bitcoin.” It is to be noted that the latter is defined (but not limited to) its use for illegal activity or market manipulation.