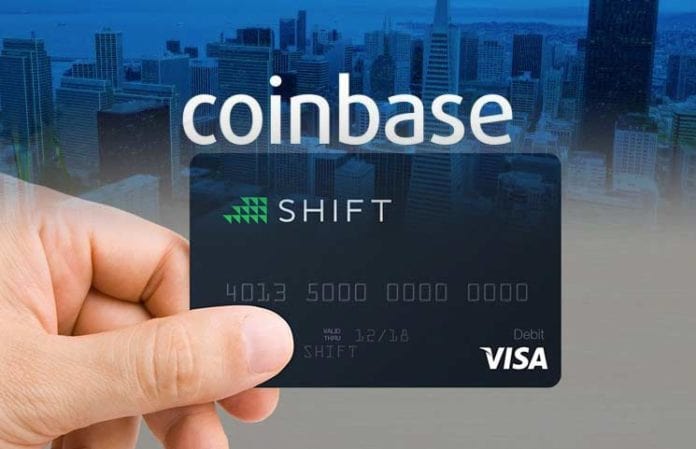 According to the reports, the company is to launch its debit card in other markets too. This launch will happen in the coming months. But, the company did not provide a specific timeline for the launch.

CEO of Coinbase UK, Zeeshan Feroz, says that the UK is the greatest market for Coinbase card. It is due to its thriving fintech ecosystem and the willingness of its consumers, as per Feroz. He also says that the Coinbase card will be available in the UK initially. It is due to their view to go live in upcoming months, says Feroz. Further, the CEO of Coinbase UK says that after some months, the card will be available across all European markets.

CEO of Coinbase explains the process of conversion

According to reports, users can spend up to £10,000 in a day. The customers can also withdraw £500 as the maximum value in cash in a day.

However, all the transactions are subject to 2.49 percent fee. This fee will include 1.49 percent for cryptocurrency conversion and 1 percent for a transaction fee. But, there is no inclusion of cost for domestic ATM withdrawals. This applies to withdrawals of up to £200 a month. And, after that, users will pay 1 percent of the withdrawal amount. If the customers use the card abroad, it will subject to international fees.

On the other hand, the announcement receives a lot of criticism. The members of the cryptocurrency community started to boycott Coinbase in February. They started the campaign saying the customers must delete Coinbase.

The reason behind the boycott is after Coinbase announced the acquisition of Neutrino. Reportedly, Neutrino is an Italian setup. Some former leaders of Hacking Team set up this firm. The firm was involved in the selling of surveillance and intrusion capabilities to oppressive regimes.

Coinbase will also launch an application for its customers. In the app, the customers will get an option to select the type of cryptocurrency wallet.  They can select the wallet they want to fund the spending too.

On the other hand, the announcement of Coinbase might go well with cryptocurrency lovers. They might see it as an opportunity to invest and spend their coins. And, the good thing is that they can do it both online and offline. Coinbase makes a sensible move which can appeal to its customers. It is interesting to see the uptake of this new move of Coinbase.

Why is Payday Loan a Preferred Choice Despite its High Cost?