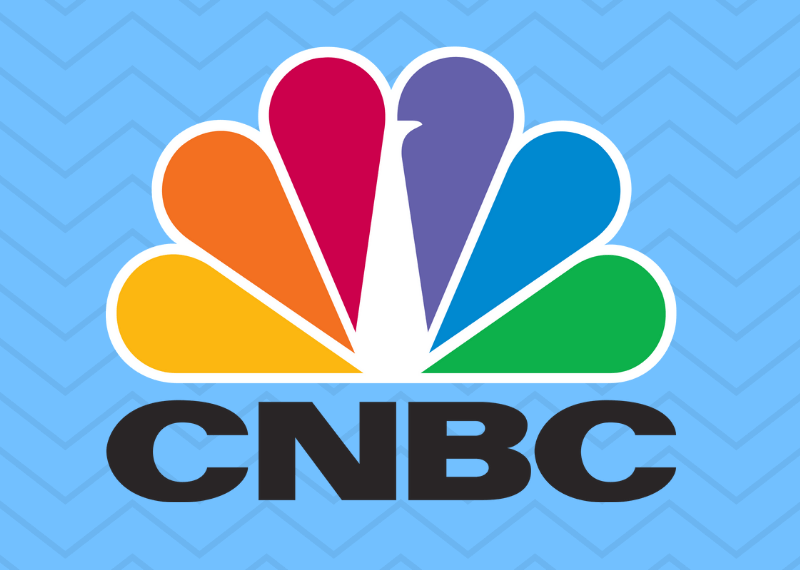 Ran Neuner, the host of the Crypto Trader show at CNBC Africa and founder of Onchain Capital; also popularly known as ‘cryptomanran’, recently posted on Twitter that the leading crypto exchange firm Coinbase is all set to announce its very first IPO (initial public offering).

In the tweet, he promised to reveal the details of Coinbase IPO in an exclusive episode on his show on 26th, October. He also mentioned the statistics on Coinbase’ account numbers and profits in the tweet.

According to the statistics, the number of users on Coinbase has currently reached 25 million. The number of active users trading on the platform is nearly 600,000. Surprisingly, out of twenty-five million accounts, thirty percent of users have the firm’s fiat-to-crypto feature enabled. It is a statistic that highlights the company’s demographic.

The original tweet of Ran Neuner can be seen here 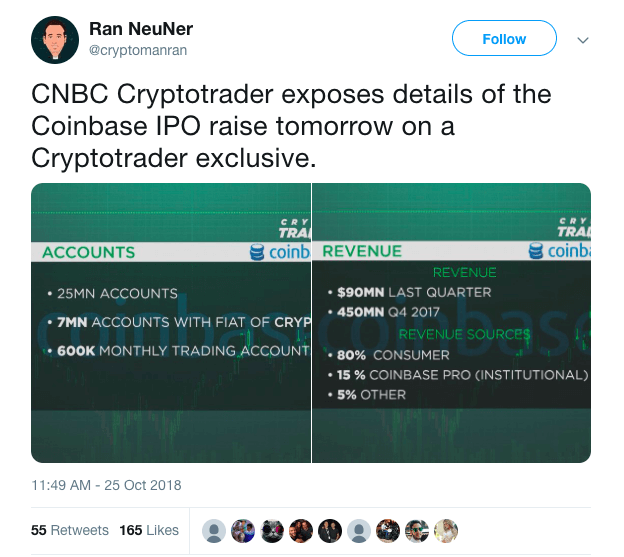 As per the tweet, Coinbase reportedly experienced  90 million dollars of revenue in the Q3 this year. The revenue made by the firm in this period is far better than the profits it made in the Q4 of 2017, when the bitcoin was at its all-time high. The firm expects to earn $450 million in the fourth quarter this year.

Eighty percent of the revenue came from the Coinbase’ user platform, fifteen percent came via the institutional accounts and the remaining five percent was obtained from anonymous businesses.

While many people were excited about the news, Some people on twitter started pointing out flaws in the tweet. They claimed that the crypto regulatory haunting the industry would have instantly rejected any sort of IPO plans – especially plans that are made to go public in the United States markets, where the regulations are still ongoing.

Larry Cermark, the Head Analyst at The Block, reacting to Ran’s tweet, posted that the CNBC host is a fraud and claimed that if he had legally revealed Coinbase’ financial situations then his tweet would have gone viral. He added that Ran was giving bad financial advice.

Coinbase hints at the IPO

Asiff Hirji, Coinbase’ president, first gave a clue about an IPO at the end of 2017. Backing the hint, he said that it is in the interest of the investors and the company plans to go public at some point in the future. But whenever that day is, there is a lot to be done before that.

A Glimpse of Coinbase

Coinbase is a digital currency exchange founded by Brian Armstrong in 2012 and headquartered in San Francisco. It is one of the leading major global exchange that trades cryptocurrencies. The company has operations spread across 190 nations.

The exchange gains a profit of more than one billion USD. Because of the exchange’s large operations, Coinbase is considered as a dominant player internationally. Therefore, the news of its first IPO is definitely very huge.