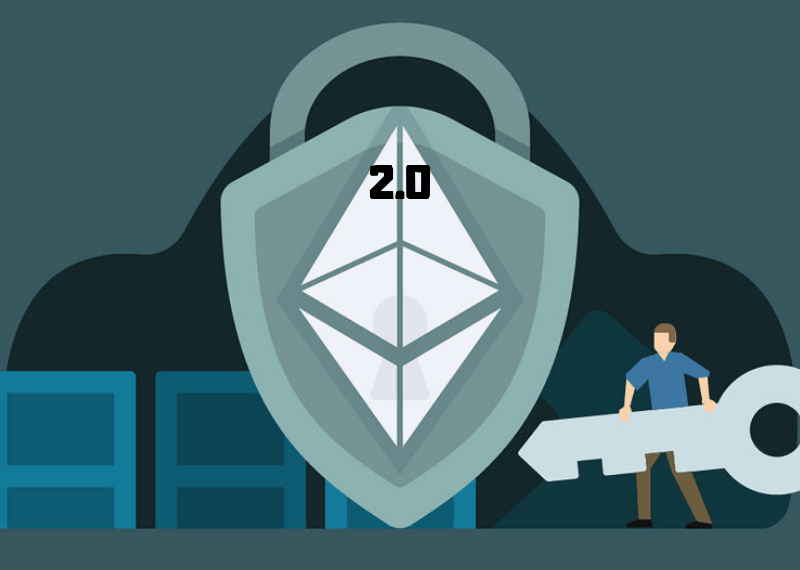 Recently at an Ethereum event in San Francisco, Ethereum’s co-founder, Vitalik Buterin spoke about the Ethereum 2.0 platform, the timeline of its release and how important this release is for the Ethereum blockchain.

According to Buterin, the Ethereum 2.0 platform includes a blend of various concepts and can also be referred as a “catch-all term”. Buterin further mentioned that these new concepts are a part of the roadmap which will drastically overhaul the entire Ethereum blockchain. Ethereum’s team has been developing the project of Ethereum 2.0 for the past few years.

Ethereum’s team has been focusing on a concept such as the PoS or the Proof of Stake protocols known as Sharding and Casper. Further, the latest version of the Ethereum platform will be equipped with a wide array of improvements such as improved economics protocol, abstraction etc. Vitalik further added that he has recently written a paper on the concept of protocol economics.

Co-founder of Ethereum also stated that the Ethereum 2.0 platform is fundamentally a newer version of the existing Ethereum platform with improved features and upgrades that can be used to create the best design possible towards general utilisation of the blockchain technology.

Also, Vitalik mentioned that the aim of these latest developments is the migration of the Ethereum platform beyond the Ethereum 2.0 version in the coming years.

Buterin also said that a lot of the research which has been invested into the development of the new platform is making him optimistic, as he believes that there wasn’t a single significant theoretical problem which was left unsolved. This is significant in terms of validation, security checks and detailing.

While remembering the amount of time it took for Mr Buterin to write Ethereum 1.0’s White Paper, he states that Ethereum 2.0’s timeline is almost on similar lines. Buterin said that currently, they were significantly ahead of the timeline mentioned in the white paper.

Buterin further cited examples from individual projects such as the Prysm of the Prysmatic labs, Parity of ConsenSys, Lighthouse by Sigma Prime etc., Mr. Buterin mentioned that these projects had begun the implementation of their version of the Sharding client and Casper for their Ethereum 2.0 platform, and it is expected that these projects will begin testing soon.

Buterin further mentioned that their team will also work on the Testnet protocols for formal verification, auditing protocols, protocols for auditing of codes and the implementation, which shall accumulate into the release of Mainnet.

While talking about the reasoning behind having so many companies working at the same time, Buterin emphasised the strong belief in the concept of multiple implementations shared by the Ethereum community.

The Ethereum co-founder continued to compare the ecosystem of Ethereum with that of Bitcoin, where he stated that Ethereum did not wish to replicate the failures Bitcoin experienced in development and centralisation due to a single implementation.

Hacker Promises to Livestream an Attack On Altcoin