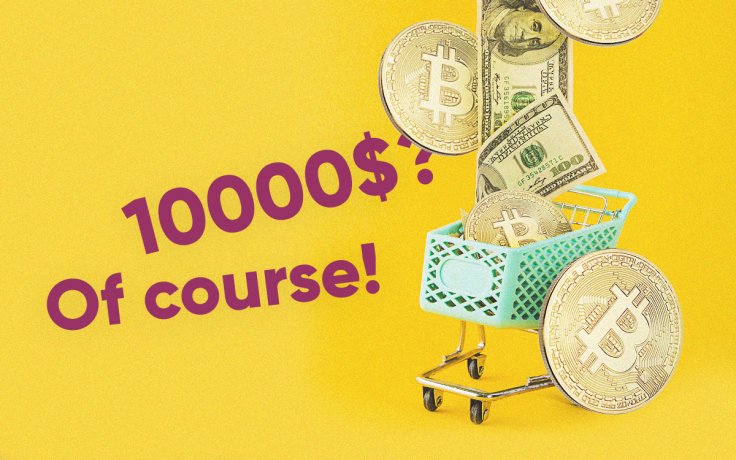 Zhao Dong, a Chinese cryptocurrency Billionaire, and stakeholder says that the surge in the price of Bitcoin is not yet over. The expert at Bitfinex affirms that the present bottom for Bitcoin is at $4000 and will touch $6000 mark soon. It will make another move to test its level at $4000, says the expert.

On the other hand, the founder of DGroup says that the price of Bitcoin will set another bottom level. It will set the level at $5000 in October and would reach a value of $10,000 around mid-2020. The founder of DGroup speculates this scenario for Bitcoin before the speculation spread in WeChat, a popular social media platform.

According to Zhao, the price of Bitcoin might go higher than what others speculate. $4600 marks the beginning for Bitcoin, and it will go on rising till $6000 to $7000. After next year’s mid, it might hit anywhere between $50,000 $55,000. It might happen if everything goes fine for Bitcoin, says the expert at Bitfinex.

A colossal tech company Avnet, which featured in Fortune 200 comes in partnership with Bitpay. They together announced that they had made Bitcoin as a payment option. They did it after understanding some facts. According to facts, it says that a minimum of about 250,000 bitcoin transactions happens per day in the year 2019. It will ensure that that asset has wide adoption including Bitcoin.

As a matter of fact, Avnet is a large distributor of electronic components and also embeds solutions. It has reportedly over 2 million customers. And, Bitpay is one of the largest global blockchain payment providers.

Bitcoin continues to hit the top level to wave a green flag in the world of digital currencies. While some analysts and experts say that Bitcoin might break above the resistance point, however, cryptocurrencies will set higher value shortly.

However, with these speculations, Bitcoin is getting popular day by day. More investors are trying their luck on it. The strong wave of Bitcoin is hitting every part of the world from west to east.

Many experts and analysts predict the behavior of Bitcoin as per market scenarios in the year 2019. However, the highly volatile asset of the cryptocurrency world does not allow predicting a particular pattern. But, the cyclical behavior can be predicted from its evident history.

As per analytical reports, the pattern of Bitcoin pricing shows that there is a noticeable change in its domain since few hours which remarkably goes higher. Bitcoin will go on increasing in its prices to give a strong, promising future to its investors. Bitcoin presently shows the price of $4807 with a good takeoff reaching the market cap of about $84 billion.

Top 5 Cryptocurrencies to Invest in 2021