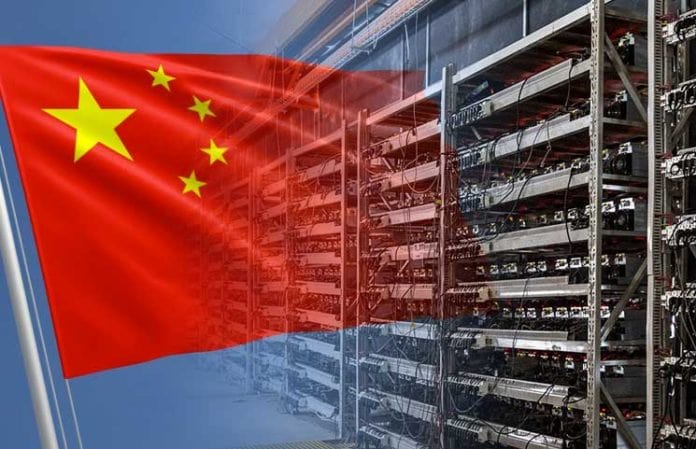 China gives signals to ban cryptocurrency mining. According to reports, China deals to give a fresh blow to industries which have tumbling virtual prices. The interest of investors is reportedly going down with this intention of China.

China’s powerful economic planner, the National Development Reform Commission lists crypto industries. In this week of April, NDRC listed crypto-mining among various industries to eliminate them. It is because the industries wasted resources on a serious basis, according to the committee. It also says that the industries polluted the environment of the economy and impact it greatly. Similarly, the agency seeks feedback from the public on the guidelines. It indicated that the ban on crypto-mining could prevail after the industries receive sues. However, the period of consultation ends next month, i.e., on 7th May.

As per the recent news, China hosted about 70 percent of Bitcoin mining once upon a time. The country also paved the way for 90 percent of overall trades in the crypto market. However, presently, Chinese authorities wage a near about two-year campaign. The campaign intends to shrink the crypto industries which pollute the environment of the economy in China. On the other hand, a massive interest tends to arise in the crypto market after Bitcoin’s surge. But, China intends to shrink the market thinking it as fraud and consumption of wasteful energy.

Back in 2017, Chinese officials banned initial coin offerings. They also called local exchanges to halt the trading of virtual currencies in the same year. Similarly, the officials outlined proposals in 2018 to discourage crypto mining. According to the guidelines of NDRC, the computing process makes transactions possible but consumes huge power. It accelerated the process of shrinkage of crypto-mining industries to a large extent. The authorities asked the miners to push them out of business.

China has proposals to ban the crypto industry

As per reports, China has a proposal to ban the crypto industry. Recently the industry of China began to shift overseas. It has drawn inexpensive electricity, cheap labor and local chip-making factories in China. Bitmain Technologies Private Limited, a leading firm in the market allowed its application to lapse. Reportedly, in March the firm did so for a Hong Kong initial public offering. It established mining operations in the US and Canada. The third biggest mining pool, BTC. Top said that it is opening a facility in Canada.

Reportedly, some listed chipmakers supply crypto miners in China and other parts of the world. Such companies are Nvidia Corp. and Taiwan Semiconductors.

However, the crackdown on cryptocurrencies widens to bitcoin miners in China. And, some of the biggest players in the crypto world are shifting their operations to overseas from China.

On the other hand, Bitmain runs two biggest bitcoin-mining collectives of China. As per reports, Bitmain sets up regional headquarters in Singapore. It also has mining operations in the US, Canada. The co-founder of Bitmain, Wu Jihan, says that BTC. The top is the third biggest mining pool.