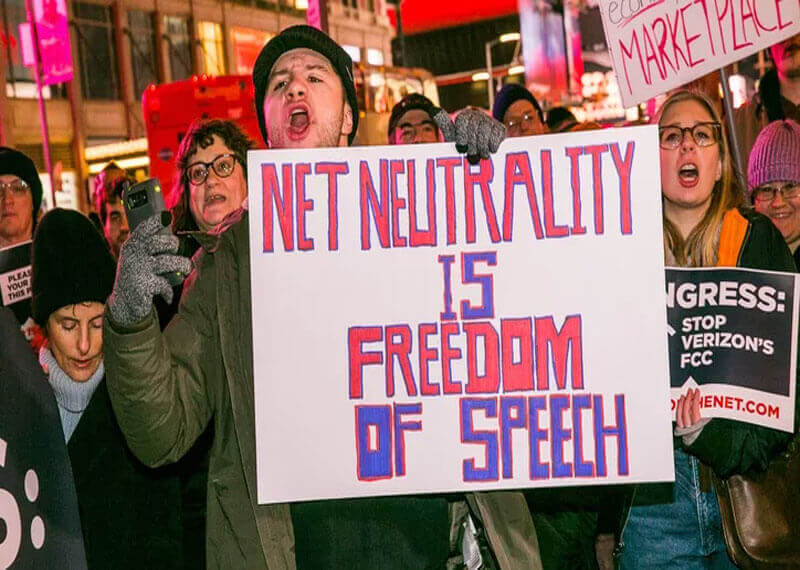 The Federal Communications Commission landed up in court for defending the decision to repeal net neutrality rules imposed by Obama administration. This brings the internet into legal trouble again.

The Obama administration employed stringent rules and regulations for internet providers to prevent favoritism for specific apps and websites. The Trump administration dismissed those rules and introduced a new approach. The new approach allows Internet companies to demand money from websites for allowing speedy access to customers. Various consumer groups, Democratic-led states, and technology companies expressed their dissent against this decision openly.

Is the decision valid?

The challenging arguments in court against FCC are highly technical. The arguments are directed towards the validity of the FCC’s decision to classify the Internet as an information service rather than as a telecommunications service. The opposition would also point out towards the FCC deviating from its mandate of ensuring a free and transparent internet.

Also Read: Companies that will benefit from the U.S. increased enforcement on Huawei

The court challenge statement emphasized the efforts for making the rules to prevent the Internet from the intervention of service providers. It focused on the time of ten years and efforts of four generations of the FCC invested in developing the mandate implemented by the Obama administration. The court challenge further stated that the aspirations for FCC in deregulation destroyed the importance of laws, court decisions, facts, and reasonable decisions.

The challenge at the DC Circuit Court of Appeals has been hailed as ‘one of the most crucial cases in the history of Internet law.’ Democratic FCC Commissioner Jessica Rosenworcel has stated that the decision to repeal net neutrality has placed FCC on the wrong side of history, law and the American people. According to reports, almost 20 million public comments were filed at the FCC against repealing the rules. However, a majority of them were found to be false. The legal counsel of public radio system, NPR, also filed comments with the FCC on behalf of NPR in opposition of the FCC’s repeal decision.

How things got here?

Net neutrality rules came into action in 2015 with a winning outcome in the party-line vote by 3-2 during the Obama administration. The FCC chairman at that time, Tom Wheeler, had stated that no individual or group should be allowed to control the freedom and openness to access the internet. However, the political balance of FCC changed with Donald Trump’s ascension to the presidency. According to a 2017 report by Alina Selyukh of NPR, the FCC has officially started repealing regulations implemented by the Obama administration on Internet service providers.

Pai, as well as other free-market supporters and Republicans, stated that Internet providers could not engage in anti-competitive behavior. If such scene arises then Federal Trade Commission rules could be used for dealing with violators. Pai also wrote that the Federal Trade Commission could ensure consistent safeguarding of Americans throughout the Internet economy.

Furthermore, reports of Associated Press indicate that major internet service providers such as Verizon, AT&T, and Comcast have expressed support for the decision of FCC to repeal net neutrality.