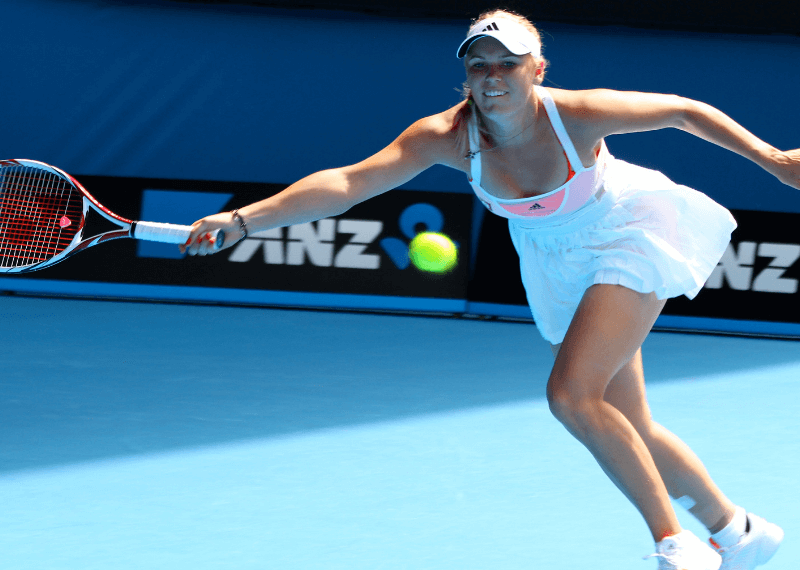 Recently, Manny Pacquiao, the Filipino boxing legend and Michael Owen, the former England soccer star, announced the launch of their personalized tokens with GCOX.  Pacquiao and Owen are also listed as private venture capitalists in the firm in addition to a member of the Abu Dhabi royalty, Sheikh Khalid bin Zayed al-Nahyan.

The CEO of GCOX Sir Dr Jeffrey Lin stated that the first celebrity crypto token will be launched in early 2019, with either Pacquiao or Owen’s cryptocurrency showing up. He further added that they are quite optimistic about the potential sales and are trying to make around $300 to $600 million in the game.

Caroline claimed her first major and top ranking title by winning the Australian Open in January this year. She told the Reuters, at the signing of her deal with the GCOX, that she is very proud to be the first female athlete to have her own personalized crypto tokens. And she is looking forward to extending it before others start joining in.

In a Direction of Mutual Advantage

Global Crypto Offering Exchange permits celebrities to list, create and trade their personalized celebrity tokens which will be available for the public to purchase. The customers who buy the tokens will be given exclusive merchandise related to their favourite celebrities and facilitated to interact with them as well. The celebrities, in return, will be benefited by obtaining proceeds from the token sales.

In order to buy the personalized celebrity token from the cryptocurrency exchange GCOX, buyers should obtain the GCOX’s own token called ACM (Acclaim). The first batch of ACM token sales started on August 8.  The ACM token acts as a base token to create all the Celebrity Tokens, trading in the inbuilt DEX with a minimum unit of 0.00000001 and a total of one billion.

The Singapore-based cryptocurrency exchange, GCOX aspires to become an international leader in the popularity index and also pilot the choice popularity index for the celebrities. It aims to be the platform of choice for the fans to connect with their favourite celebrities and idols. And by introducing business fundamentals to the blockchain world, it intends to create value for celebrities, investors and fans alike.