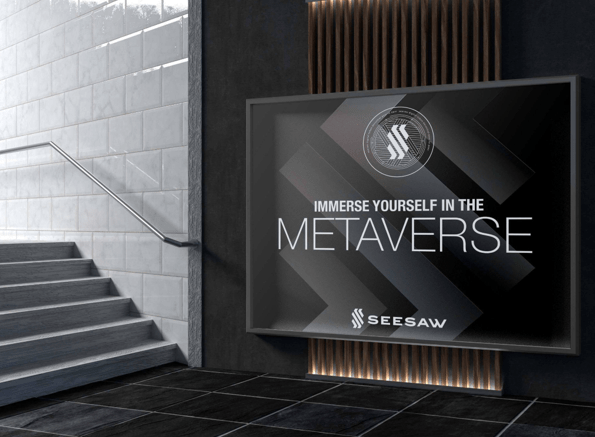 It’s no easy feat for any cryptocurrency, let alone one that launched just three weeks ago in the Seesaw Protocol (SSW).

As the second-biggest cryptocurrency in the world and heralded as one of the most influential cryptos to ever exist, Ethereum’s (ETH) influence on the crypto space should not be understated.

However, even Ethereum has its issues with its lagging transaction speeds and its exorbitant gas fees.

Seesaw Protocol has had a tremendous start to its crypto journey and looks set to continue that momentum.

What can we expect from Seesaw Protocol (SSW) in the coming months?

Following Seesaw Protocol’s (SSW) stunning presale journey that surged 8,000% and enlarged SSW’S starting presale from $0.05 to $0.40, the only way for the project to go was up.

Operating as a cross-chain bridge that enables the exchange of tokens across the likes of Polygon (MATIC), Binance Smart Chain (BSC), and Ethereum (ETH), Seesaw is helping to solve an interoperability issue that exists within the crypto space.

Having been listed on both CoinMarketCap and CoinGecko in just four days, it’s obvious how distinct the project is with the amount of recognition it received.

With its DeFi (decentralised finance) technology, Seesaw Protocol has the capacity to allow you to buy and sell cryptocurrency and keep the costs of a digital wallet to a minimum through Seesaw Swap, SSW’s native exchange, where its token can be bought alongside PancakeSwap (CAKE).

Seesaw has already completed the first four milestones of its roadmap including the creation of the token, the presale, the launch on PancakeSwap and the release of Seesaw Swap.

The cross-chain deployment and launch on Uniswap (UNI) are what is remaining for SSW to complete this year as they look to further make history before a massively important 2023.

While Ethereum (ETH) has remained the long-standing second-biggest cryptocurrency in the world, amassing a market cap of over $346 billion, according to data from CoinMarketCap, there are clear issues that Ethereum has worked on and looks to release an upgraded version of the network, named Ethereum 2.0.

Due to the bullish upswing that occurred in 2021 which dramatically raised the value of ETH, Coinpedia, the crypto news outlet, predicted that Ethereum would end 2022 with a value between $6,500 and $7,500 According to Tim Beiko, an Ethereum Foundation developer, Ethereum 2.0 will be launched a few months after June 2022, suggesting that we will finally see the long-awaited Ethereum upgrade this year.

The upgrade will consist of Ethereum’s move from a proof-of-work protocol to a proof-of-stake protocol which will render Ethereum mining obsolete.

Ethereum’s efficiency, security and scalability are all expected to undergo a major change to increase the number of transactions Ethereum can process at once.

Welcome to Goons Of Balatroon

Ethereum Triple Halving Might Be Deferred As Security Concerns Emerge

Stablecoins and NFTs will be regulated by the UK