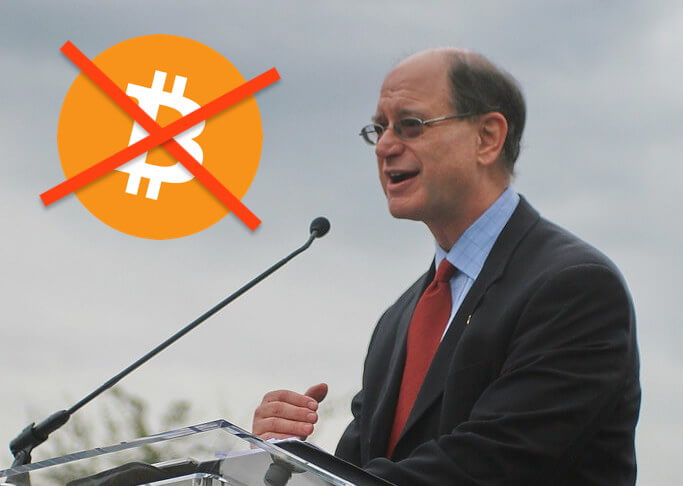 One of the notable congressmen in the country who widely bashes cryptocurrency desires to ban digital and crypto assets, again. Brad Sherman, the congressman from the Republican Party, has risen the idea of banning cryptocurrency yesterday during a session in Congress.

Brad Sherman feels that dollar; fiat currency of the US is the standard unit of international transactions and finance. Cryptocurrency has a wide array of supporters around the world. And in the US the supporters of digital currency are on the rise.

Digital currency disrupts the foreign policy of America along with its conventional law enforcement & tax-collection enforcement. Sherman also said cryptocurrency also takes advantage of America’s sovereign money by aiding to dis-empower rules of the US.

A new development came forward by cryptoanalyst. According to the analyst, Sherman has displayed pure and unadulterated hypocrisy in Congress on Thursday. The Crypto Dog said that Sherman is showing tremendous concerns about the usage of cryptocurrency in the country. Contrarily, donation for Sherman’s campaign originates from a firm that gave $13.3 million to the government of the US. Besides, the donation came from illegal gambling.

This week on Monday, Joseph Stiglitz, an economist, and Nobel-Prize winner said that the country should stop using cryptocurrency. And it is time that the United States puts an end to the reign of cryptocurrency. The attack by Stiglitz points out the massive loophole in cryptocurrency. Most importantly, he targets the anonymity of cryptocurrency. On the other hand, Stiglitz said that he loves the entire concept of centrally-managed electronic currency to stop money laundering.

There is a highly likely chance that Sherman is not going to get support from his colleagues to ban cryptocurrency. The technology that powers cryptocurrency such as Bitcoin and Altcoin has support from 21 Representatives of the House. These House Representative brought together a new initiative called Blockchain Caucus during the end of 2016. Blockchain Caucus came into being for supporting innovation-friendly regulatory approach towards cryptocurrency and blockchain.

The co-chairperson of Blockchain Caucus is Bill Foster, a top-notch congressman in the country. In the year 2018 in September, the congressman helms the role of co-chairperson of Caucus. Forster said that the blockchain technology has tremendous potential to improve the economy of the United States significantly.

It goes without a saying that blockchain technology is a notable example of disruptive technology that will change everything. Blockchain will change how people do business in every significant sector.