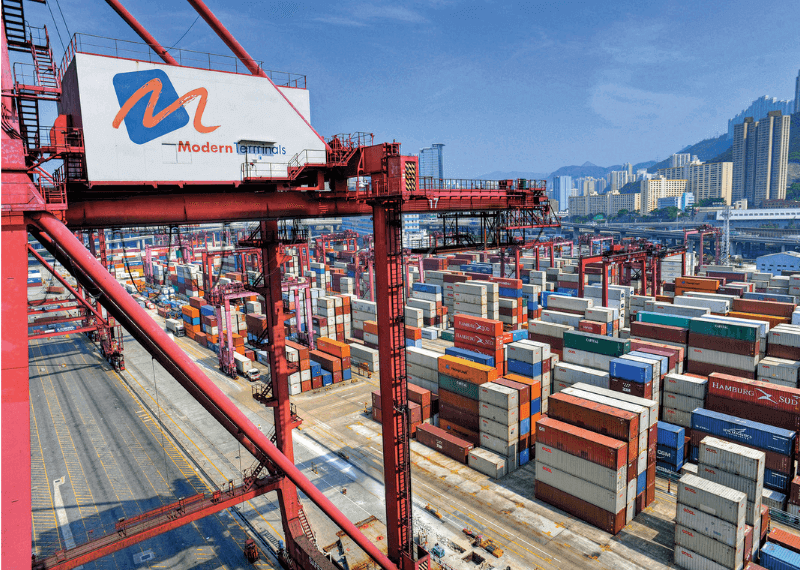 According to a press release published by the Modern Terminals, it aims to streamline and digitize processes in the global supply chain to deliver lower cost and higher efficiency.

The Modern Terminals includes more than twenty port terminals and operators across the globe, factoring circa 234 docks on five continents, including PSA Singapore, Patrick Terminals, Port of Valencia, Port of Bilbao, Port of Philadelphia, Port Connect and Port of Halifax.

Liaison recently found that the inefficiencies in the traditional supply chain have led to  losses worth billions of dollars in the last ten years. Prior to TradeLens, a large number of ports were operating principally with paper documents, manipulation, outright lostness and open to damages.

The container ships even today carry documents for instant verification that blocked the flow of the supply chain, ultimately causing shipment delays and errors through manual filing.

Peter Levesque, the Managing director of Modern Terminals stated that the TradeLens utilizes the blockchain technology to build an industry standard for the secure transmission and digitization of supply chain documents around the world. He also said that this attempt will produce enormous savings for the industry over the time while improving global supply chain security.

He further added that without blockchain, one is working with a faith that what is on the document is what’s in the container. Peter concluded by saying that the Modern Terminals is overwhelmed to participate as a Network Member in trialing this shipping industry innovation.

According to the press release, the TradeLens solution declared that their testing reduced the shipment time forty percent that led to an overall economic saving for the participants of the supply chain.

However, the use of digital ledger technology has allowed the members to transmit the status of a container in a supply chain in the real-time so that documents become unchangeable and available at the same time.

Earlier this year, Vincent Clerc the chief commercial officer of Maersk said that the potential from providing a neutral and open digital platform for easy and safe ways of exchanging data is enormous. He concluded by saying that all the participants over the supply chain stand to profit.

As per the statement, over the past decade, the Modern Terminals has made notable investments in port infrastructure and information technology to be able to offer clients with state of the art port services.

The officials concluded by saying the participation in TradeLens and the future use of blockchain is to secure and streamline the supply chain documentation. They believe that it is an important part of the firm’s direction.

Lending Protocol Lendf.me Loses 99% of its Assets in a Recent Attack