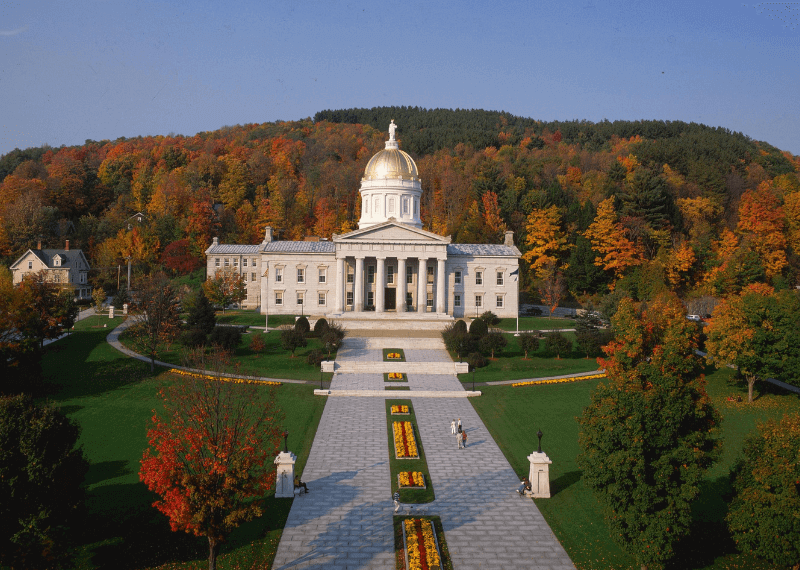 Vermont, the Sixth smallest state in the US recently announced it is forming a working team that includes state agencies with a vision to explore decentralized blockchain technology.

T.J. Donovan, the Attorney general of Vermont during the announcement revealed that the blockchain team would start their work in January 2019. The team will gather input from blockchain associations, stakeholders and other officials in the industry.

The blockchain working team will be made up of four state organizations such as the Secretary of State, the Office of the Attorney General, the Department of Financial Regulation and the Agency of Commerce and Community Development.

The Responsibilities of the Blockchain working team

The specific tasks of the Blockchain working team include deciding whether blockchain-based legislation will be required or not. Also, the team will be identifying the concerns, opportunities, and challenges that DLT (distributed ledger technology) may present for the Vermont state.

The blockchain team will also be finding the best way to protect users who may utilize the technology or may be affected by it.

During the announcement, Donovan in a statement said that in an era of security breaches, online activity and tenacious data hacks. It is important to secure the user’s data by exploring new innovative ways. He also added that everyone should try to balance economic opportunity with the user protection.

The attorney general while speaking to the WCAX-TV said that one of the most likely use-cases for the decentralized blockchain technology in the state will be tracking the agricultural products that are meant for the human consumption to assure the safety.

He went on to say that food is one big thing and tracking where the food is coming from such as tracking it all the way from an agricultural farm to the table. And to make sure that it’s safe and it is not going to affect the public or its health. So, it’s really important to track where the things come from.

In early 2018, the government of Vermont, which is Second-smallest state in the US by population signed a regulation bill. The bill was to promote the adoption of DLT in the state and let the blockchain startups to grow.

The document of legislation later became regulation on 30th of May 2018, and it also called for a study to be carried out in order to know how blockchain technology could be used to benefit the economy of Vermont.

Later in August, Phil Scott, the governor of Vermont also signed a bill which permitted for a review of how the decentralized blockchain technology can be utilized in public records. Phil at the same time said that the legislation backing the use of DLT would benefit the taxpayers.

He concluded by saying that the new legislation will make administration more cost-effective, more efficient and eventually it will save Vermont’s economy.