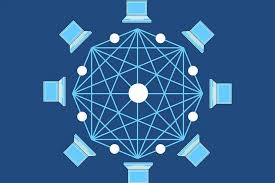 London, Dec. 19, 2019 – Blockchain.com, the first and largest cryptocurrency company headquartered in England, has launched a gateway for users to deposit and withdraw British Pounds (GBP) through the UK’s Faster Payments Service (FPS). With Blockchain.com’s best-in-class onboarding and access to FPS, British users can now go from account creation to buying crypto in less than five minutes.

Users of the Blockchain Exchange, can now deposit, withdraw, and use GBP to buy bitcoin (BTC) and Ether (ETH), with more cryptocurrencies to come.

In addition to representing one of the largest user segments for Blockchain.com, the firm is also seeing increased engagement from British users as Brexit looms, including record numbers of first-time deposits from UK users.

“Blockchain.com’s roots in the UK go all the way back to the beginning in a small flat in York,” says Peter Smith, Co-founder and CEO. “As the country we’ve called home for almost a decade undergoes considerable changes, it’s imperative for us to provide the British people – our friends and families, co-workers and countrymen – new options to insulate their financial futures from the political scuffles that have destabilized the country’s economy.”

Blockchain.com’s cryptocurrency exchange was built by the team behind over 44M Blockchain Wallets, and is the most trusted place to trade and buy crypto. It supports deposits and withdrawals in Pounds, US Dollars, and Euros, and is available in 190 countries.

Blockchain.com is connecting the world to the future of finance. We are one of the most trusted and fastest growing digital assets companies, helping millions across the globe – from individuals to the largest institutions – get easy and safe access to cryptocurrencies. Blockchain.com has raised over $70 million in funding from leading investors including Lightspeed Venture Partners and Google Ventures. Board members include former Barclays CEO Antony Jenkins, Lightspeed Ventures Partner Jeremy Liew, and former Skype COO Michael Jackson.  (www.blockchain.com/press)

What Are The Key Factors to Think About When Paying with Cryptocurrency?