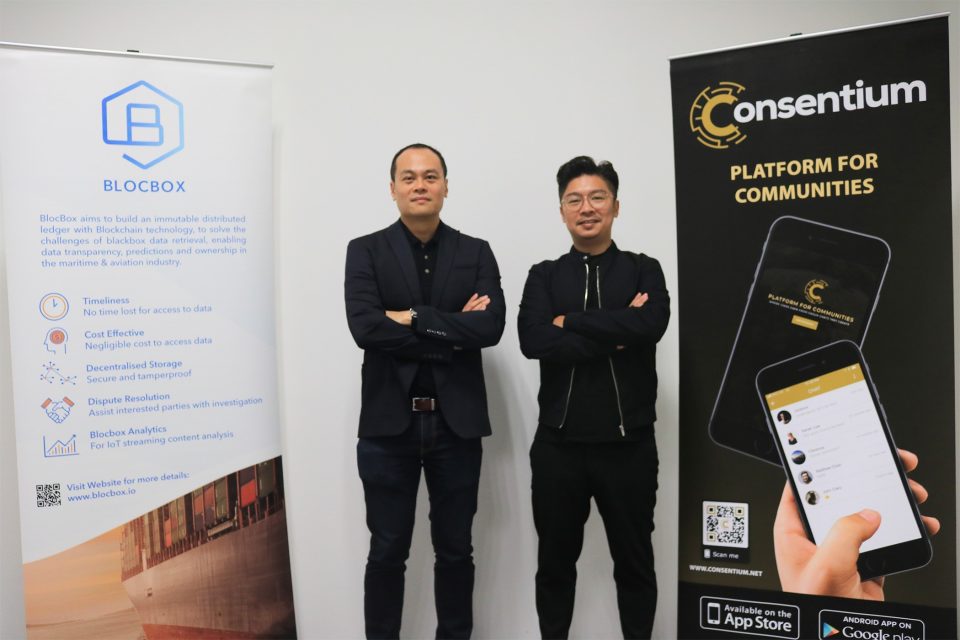 The Singapore-based company also announced its partnership with cryptocurrency chat-app Consentium, and its plans to build a universal maritime ecosystem

Singapore, 25 October 2019 – BlocBox, the Singapore-based blockchain developers for maritime applications, is to launch its Initial Exchange Offering (IEO) on 18 October 2019. The IEO token, BlocX (BLX), will be launched first on Exonium Exchange and will be key to BlocBox’s plans in building a blockchain-based universal maritime ecosystem.

Along with the launch of its IEO on Exonium Exchange, BlocBox also announced its partnership with Consentium. The partnership extends the role of the social chat-app and cryptocurrency wallet, to be the official communication and content provider for BlocBox as it looks to leverage on Consentium’s large network of investors and traders.

Unboxing the Potential of Blockchain for Maritime

Ninety percent of trade worldwide is conducted through shipping. Despite its strong growth, the maritime industry has been facing persistent challenges to its future as the industry struggles with growing manpower demands and cumbersome transaction fees and processes. BlocBox aims to solve this by utilizing blockchain technology to power a universal maritime ecosystem which will allow users to access news, content, entertainment and communications as well as facilitate payment transactions in international maritime trade.

With this development, the maritime cryptocurrency will be used by more than 1.6 million seafarers and also many other maritime stakeholders.

“The appropriate use of Blockchain technology will transform how these industries operate”, says Kenny Koh, CEO of BlocBox. “The proposed structure is flexible and highly customizable to the requirements of the participants in the BlocBox network. The immutable nature of Blockchain technology minimizes likelihood of theft and increases transparency in transactions. BlocBox plans to revolutionize the entire maritime infrastructure by leveraging on key technologies with Blockchain as the underlying principle”.

As it looks towards the maturity of its universal maritime ecosystem, BlocBox’s infrastructure will allow the implementation of data analytics and Artificial Intelligence (AI) as the next step in its roadmap. The implementation of such technologies will allow for the optimization of fuel consumption, assisting of remote maintenance for vessels and autonomous vessel navigation, resulting in lower operating cost and increased safety and transparency in the industry.  The company is also planning on expanding its operations internationally, looking into the Thailand, Indonesian, Taiwan, Korean and Japanese markets.

The partnership with Consentium, a chat-app with an integrated cryptocurrency wallet, enables seafarers with access to a crypto-wallet to store their BLX tokens and use the social platform in their voyages. With this, millions of seafarers and maritime stakeholders will have communication access through the chat-app. The next-generation social media platform supports multi cryptocurrencies and is attractive to both new and experienced traders. The chat-app also includes news blasts and peer-to-peer transaction avenues.

Jeremy Khoo, Group Chief Strategy Officer at Consentium states, “The Consentium ecosystem makes trading more meaningful and engaging as a community. Users will gain accessibility to a strong network of fellow traders, high security and quick liquidity. BlocBox’s unique positioning will bring new traders into the holistic ecosystem, while benefiting from the expanding list of cryptocurrency services in the chat-app. BlocBox also has geographical advantage being based in Singapore, which is one of the busiest ports in the world, as Consentium has a strong community of members in Asia”.

About BLX Token
The BLX token is an ERC20 compliant token, built to be the underlying payment token for the BlocBox ecosystem. The token will primarily be used to pay for all services utilising BlocBox technologies and aims to be the Universal Maritime Currency.

How to Secure My IoT Devices from Hackers?