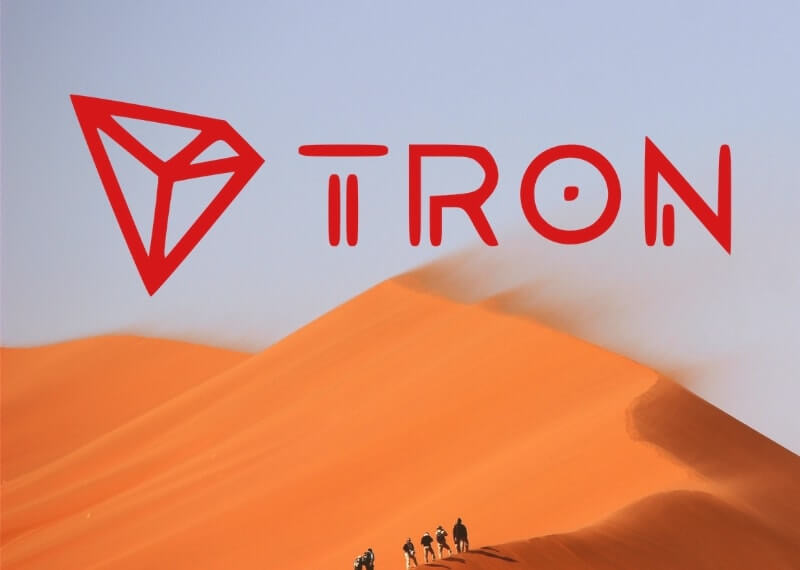 The tweet went on to explain why the developers should do so in this bear market giving reasons like better speed and zero transaction fees.

In today’s blood bath, we must remember that nothing has ever changed. #blockchain #bitcoin #DAPP is the future and #TRON will decentralize the Internet. Check out #TRON 6 month data, we haven’t seen such amazing increase before. Plz check after 2 years! #TRX $TRX pic.twitter.com/pK3S8pJB9e

One blockchain gaming project which was on Ethereum’s Blockchain previously has decided to shift to the TRON network. BitGuild, has decided to put its Bitizens Dapp and the world of Bitropolis fon the TRON network. BitGuild team has announced that they will take the dApp offline to help the migration. The team has also requested the users to be patient as do the migration.

We hope you understand that this endeavor will ultimately lead to a better, stronger and more vibrant future for BitGuild and its community. We apologize for any inconvenience, and we’re looking forward to resuming full operations as soon as possible.

The announcement by BitGuild did not give any specific reasons as to why they’re moving the project from Ethereum blockchain to Tron’s. After the Tron Mainnet launch in mid-2018 and Tron Virtual Machine activation in October, TRON platform has been attracting blockchain developers in growing numbers.

One feature that sets the Tron Virtual Machine apart is that it is compatible with both the Solidity programming language and the Ethereum Virtual Machine. Consequently, migration between the two platforms will be super easy. Right now, more than 1100 smart contracts are active on the TRON platform.

Additionally, the Tron network can process 2,000 transactions per second. This is almost eighty times than the Ethereum network.

Tron foundation has plans to integrate the zk-SNARKS privacy protocol onto the network, The Tron Foundation has also launched a DApp accelerator.

The 5 Best Paying Cryptocurrency Jobs in 2019