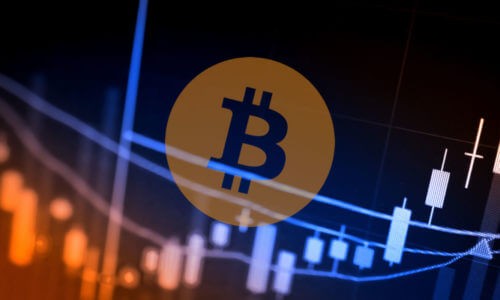 An Indian Bitcoin trader, Bharat Patel took his own life when local officials threatened him. According to reports, Patel traded crypto assets on behalf of senior police officers. And, when he incurred losses, the officials began threatening him. As a result, the trader hanged himself and left a suicide note on this Sunday. Authorities found the suicide note hanging on the window of his room.

Giving light on the matter, authorities revealed the details of the suicide note that Patel left. As per the note, Chirag Savani and his brother, whose name is Harnish Savani, threatened him. The two are local officials with Chirag being the Deputy Superintendent of Narmada Police. The duo threatened Patel over losses that he incurred over a fiat from Bitcoin. It also includes losses from other cryptocurrencies that went volatility in prices. Although they bought only five Bitcoins to trade with Patel, they demanded 11.575 Bitcoin as compensation.

After his death, Patel’s daughter, who goes by the name Darshi Patel, appeals to suspend Chirag. Also, she speculates the way the authorities will handle this case. Since the senior officers are involved in the case, they will not let it handle properly. Giving further statements, Darshi says that they did not give personal belongings of Patel to the police. It includes Patel’s phone, laptop, tape, etc. She openly says that they do not trust the sincerity of the police. The family of Patel also fears that the authorities might destroy evidence stored in the devices. Therefore, they seek some assurance from top officials that they will handle the case fairly.

Darshi adds that her father would have returned over 11 Bitcoins, they will not leave his property until he returns in full.

Concerning local reports, Bharat Patel was a Bitcoin trader hailing from the Gujarat state of India. Explicitly, Patel’s suicide note reveals how the two officials threatened him for the losses. He names the persons responsible for his suicide.

Further, the note states that Deputy Superintendent Chirag Savani came to his house and invested five bitcoins. When the price of bitcoin slid, he incurred losses. Therefore, Chirag, along with his brother, whose name is Montu or Harnish, demanded 11.575 Bitcoin. With this, he became distraught for the recovery amount. Furthermore, he started to think life his life is not worthy of living as they threatened his life. And, they are the individuals responsible for forcing him to commit suicide.

On the other hand, the wife of Bharat Patel, Usha described the night Patel took his life. They were together till late at night around 1 AM. Reportedly, Patel looked in stress and tension. And, she tells that her husband spoke to Harnish that evening. However, she does not have the idea of the details of this conversation. But, he asked her to go to bed.

Meanwhile, he finishes his work. Later that night, Patel joined her after finishing his work. Surprisingly, before Usha woke up the next morning, Patel committed suicide.

As per Usha’s statement, Bharat agreed to return five Bitcoins to Savanis in installments.

How Blockchain in Financial sector can create an impact on your Business?