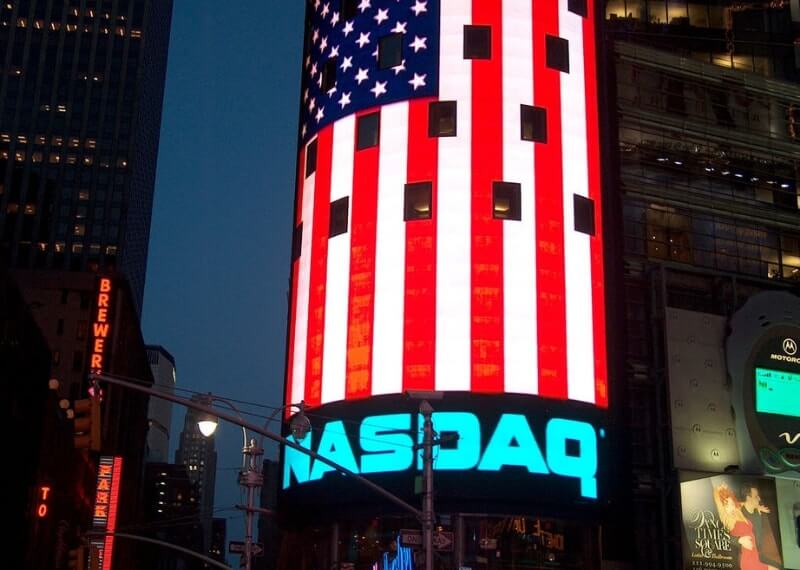 The second largest stock exchange Nasdaq Vice president recently confirmed the exchange will launch the Bitcoin Futures in the first quarter of next year. The traditional banking institutions have been open to adopt the evolving crypto asset class.

Bitcoin Futures in NASDAQ’s Pipeline Since a Long Time

The exchange has been preparing the launch of Bitcoin Futures for most of this year post the years of study over the asset class. Joseph Christinat, the Vice President of Nasdaq’s media team has confirmed the impending listing to a local media outlet Express.

According to the media report, Joseph said that the exchange has been waiting for the approval from the Commodity Futures trading commission (CFTC), but there has been a lot of work and energy put into it to make the regulation academic.

He further said that they have seen a lot of rumors and speculations about what their exchange might be doing, yet no one tried to talk to the exchange and confirm it.

‘So, here you go, we are doing this and it’s happening,’ he said putting all the rumors to an end.

As the result of the current market downfall, the world’s largest cryptocurrency is still struggling at the $4,000 area, the number one digital currency was the triple exactly one year before. The confirmation from Nasdaq will supercharge an increasing confidence in traditional banking entities that crypto has a vital role to play in the future of global finance.

Post the confirmation, investors from all over the world have extremely rejoiced at the NASDAQ listing of bitcoin futures and speculation has attracted many investors and traders. He said that the institutional side of the market has shown so much interest, especially since 2018, but the Nasdaq has been into the blockchain game from a long period of time.

Chris Beauchamp, the Chief Market Analyst of IG Group agreed it would deliver more stability to a digital currency which has been anything but stable in its whole life. He added that the anything that expands the liquidity of BTC and motivates usability is welcomed by traders and brokers alike.

He further said that it will also bring more transparency and visibility to a market which has no rules and yet again that it will be widely accepted.

David Cheetham, a market analyst of London-based broker XTB also believes that the addition of Bitcoin Futures by Nasdaq would be a form of regulating the crypto market which is a game changer in terms of adoption.

He concluded by saying that there is always a threat when dealing with the non-regulated crypto market so they will look forward to using bitcoin futures and that might even develop some serious solidity in the crypto market.

Bitcoin Turns 10, But Not On a Happy Note | Bitcoin News

Microsoft Includes Bitcoin Symbol as a Currency in Microsoft Excel