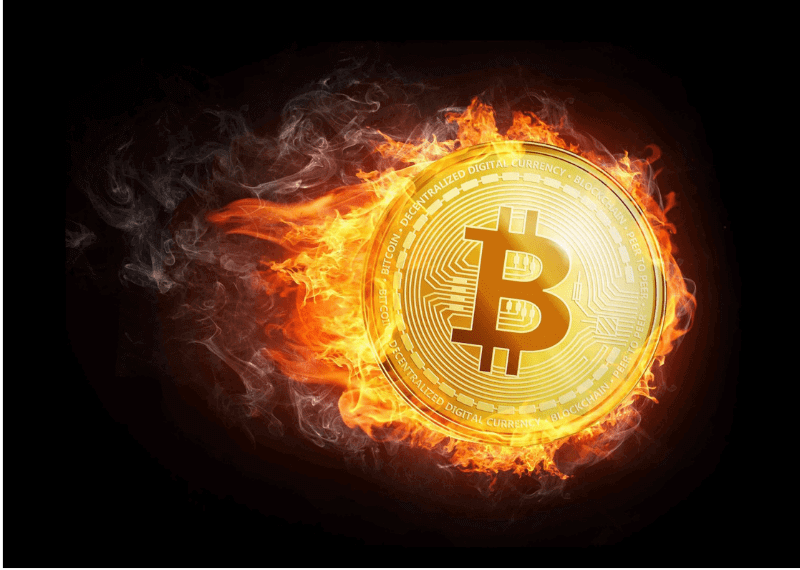 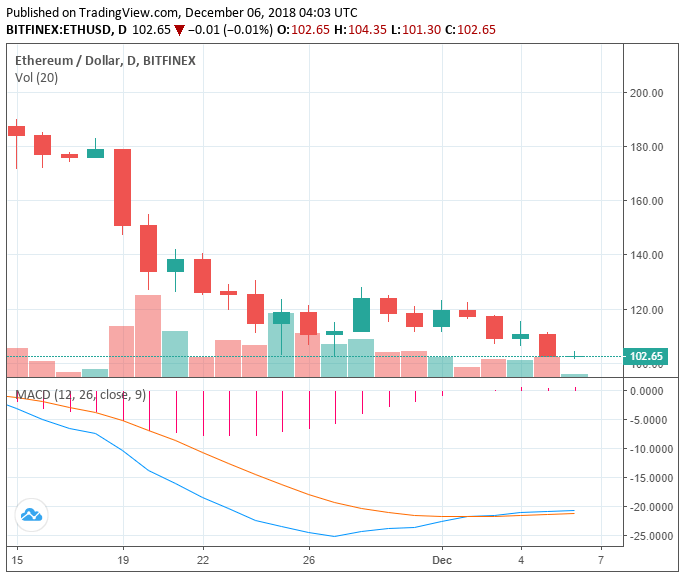 The crypto market has lost a whooping $6 billion in the past 12 hours. The tokens lost an average of 10-20% of their value against the U.S dollar. Waves, Maker, AION, Chainlink and Theta witnessed sharp sell-offs.

On November 25, the Bitcoin price  plunged to its yearly low at $3,456. In October,popular cryptocurrency analyst Willy Woo predicted that Bitcoin will not reach Bottom till second quarter of 2019. 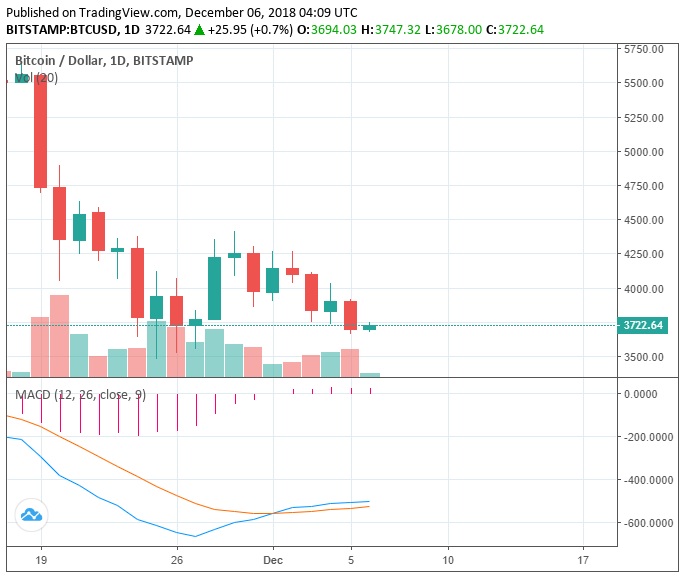 Woo said at the time:

“Putting together the blockchain view, I suspect the timing for a bottom may be around Q2 2019. After that we start the true accumulation band, only after that, do we start a long grind upwards.Based on the intensity of the downtrend of Bitcoin throughout the past two weeks, a drop to a new yearly low in the range of $3,000 to $3,400 seems unavoidable, especially if the volume of BTC is considered.”

On December 6, Bitcoin price fell by nearly four percent and it’s volume has declined from around $6 billion to $5.3 billion.

Technical analysts including DonAlt said that the support level of Bitcoin is not strong enough and if it continues the same pattern, a drop below the $3,000 is inevitable.

Closed below support, not looking too pretty. BTC needs to reclaim supports quickly otherwise. I expect it to go for the previous lows. If those don’t hold I’m looking at $2,900. There are no supports left on the daily, hope for a fakeout or SFP at the lows.

Momentum oscillators demonstrate oversold conditions of BTC at $3,700. It is likely that the crypto market experiences a minor recovery from its low price range.

However, throughout December, if  major large market cap cryptocurrencies fail to breakout of major resistance levels, then Bitcoin will oscillate between tight range of $3,000 to $4,000.