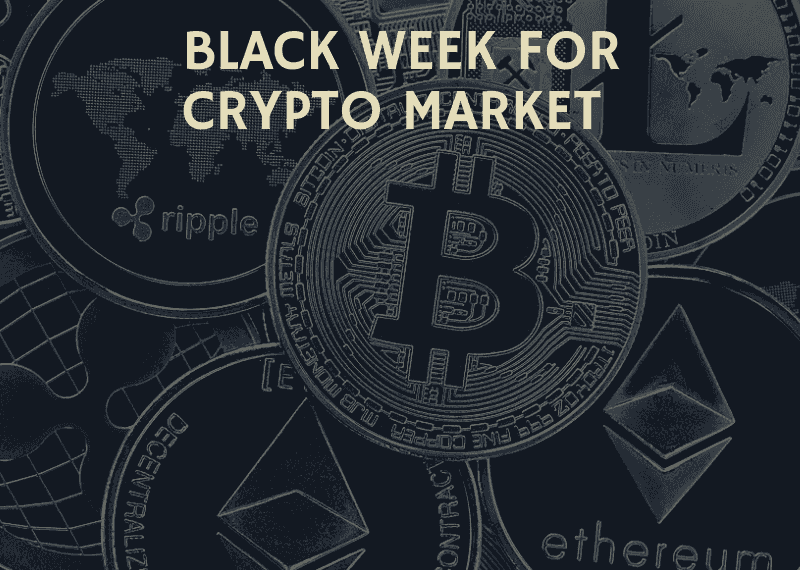 The Cryptocurrency bloodbath continues as the overall crypto market cap plunges below $120 billion. In the last twelve days, the entire crypto market lost a whopping of around $89 billion. It’s a black week for the crypto market as the pain of investors is getting worse with every passing week.

Currently, the BTC price is resting at a fourteen-month low which is not seen since September last year and it is down by a massive thirty percent in just the last couple of days. The cryptocurrency market has lost a whopping of $16 billion valuations in just the last twenty-four hours.

The cryptocurrency market is drowning the expectations of the investors while the bears turn remorseless. The Bitcoin price especially has taken quite a drubbing in the last few weeks as the BTC price plunged down sixteen percent in just the last twenty-four hours making it fall below $4000.

At the time of this writing, the Bitcoin price is trading at $3868.19 and is down by 10.34 percent with a market capitalization of around $67 billion as per the data obtained from the CoinMarketCap.

In just one week, the Bitcoin (BTC) has lost more than $1000 price making it a new downfall since last year. Further BTC price downfall remains quite in line with the overall market situation.

Additionally, the much-awaited release of ICE’s Bakkt platform which was scheduled before this year end is currently postponed to the end of January next year. This has also decreased any possible chances of BTC price recovery that might happen in the future.

Recently, the BTC’s second layer scalability solution called Lightning Network recorded 300 percent jump in the network capacity over the last few days. However, it looks like nothing seems to be in favor of the world’s leading digital currency.

Altcoins are being affected the most

It is not just the Bitcoin (BTC) having the bad downfall in the crypto market. The Altcoins yet continue to be the worst performer with all the top twenty digital currencies experiencing double-digit losses.

Ripple’s XRP which until now managed to maintain its price, it gave up the fight in the crypto market with the bears today. At the time of this writing, the value of XRP dropped by 13 percent and currently it is trading at a price of $0.34 with a market capitalization of $14 billion. Thus, Ripple’s XRP still continues to be in the second position as the world’s second-largest digital currency according to market cap.

Ethereum (ETH) price also continues to decline with the Bitcoin price. In just the last twenty-four hours the ETH lost 14.9 percent of its price making it a new low in the whole year. ETH price currently is trading at $110 and is down by 9.32 percent with a market capitalization of $11 billion.

The current crypto market downfall has made a huge impact on the operations of the crypto miners. As the crypto market is experiencing heavy losses, the cryptocurrency miners finding it extremely strenuous to match their revenues against the cost of the mining.

The declined Bitcoin price is making it even more difficult and less profitable to mine the cryptocurrency. As the crypto bloodbath continues many people are asking if this period is different and if the BTC price will ever recover.

Increased Scrutiny Has Been Placed on the UK’s Crypto Advertisements