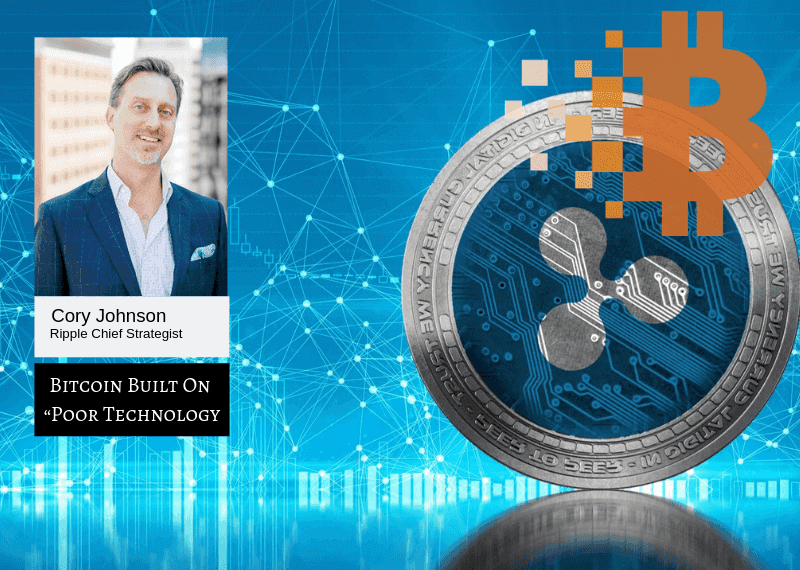 Johnson said that Bitcoin is built on inferior technology and has too many technological limitations allowing it to scale as per demand.

In the video, he also speaks about how Bitcoin has become a lot centralised with Chinese miners having a lot of power of the Bitcoin network.

However, it is important to note that Ripple has also come under crossfire for pre-mining over two-thirds of XRP tokens and thus building a centralised system of XRP themselves.

Johnson also pointed out that the Ripple cryptocurrency (XRP) is now used in more transactions nowadays, especially in transactions across borders, than any other digital assets including Bitcoin.

This is no surprise as XRP is now ranked as the second biggest cryptocurrency by AltDex 100 Index (ALT100) with a market capitalisation of $16.1 billion.

Not the First Time for Johnson

As Bitcoin prices are falling sharply below expectations, many view Johnson’s comments as a way to promote XRP and cash in on the failing Bitcoin trend.