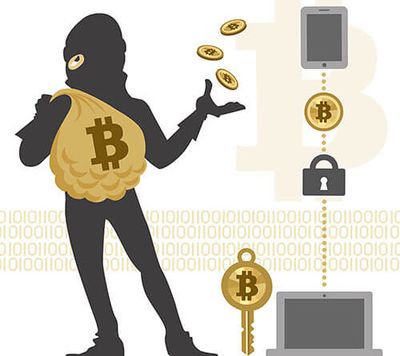 According to a recent investigation, some of Mexico’s most known drug cartels are increasingly employing bitcoin in their illegal activities. Jalisco New Generation Cartel and Sinaloa Cartel are two of these cartels.

Drug lords are turning to Bitcoin.

Cryptocurrencies, while their many advantages and supporters, nevertheless have detractors. Criminals use bitcoin and altcoins in illegal activities such as drug trafficking, money laundering, terror financing, and more, according to those who allege so.

The United Nations Office on Drugs and Crime (UNODC) stated in its most recent report that digital assets have become a lucrative financial instrument for several Mexican and Colombian gangs.

The CIA described how those gangs use cryptocurrency in their operations. To escape controls, the drug revenues are first divided into small installments. The cartels then use the money to acquire modest amounts of bitcoin, “obscuring the source of the money and allowing them to pay associates around the world.”

Jalisco New Generation Cartel and Sinaloa Cartel are two of the criminal organizations listed. The latter is one of the world’s most powerful drug trafficking organizations. It was operated for decades by Joaquin “El Chapo” Guzman, who is presently serving a life term in a federal prison in the United States.

According to the UNODC, organized criminal groups in both Mexico and Colombia are “growing their use of virtual money due to the secrecy and speed of transactions.” It’s worth mentioning, however, that the blockchain of bitcoin is completely transparent, with all transactions recorded on the digital ledger. As a result, anyone with Internet access can view them.

Having said that, the nature of BTC makes it a very suspect instrument for those attempting to facilitate unlawful financial activities.

Cash, on the other hand, is still the most popular payment method in dirty money transactions like prostitution, firearm purchases, and drug purchases.

Cryptocurrency Exchanges in Mexico are linked to the Jalisco Drug Cartel

“A key topic will be to examine cryptocurrencies and their connections to criminal organizations. I’m fascinated by the fact that multiple bitcoin platforms have been implemented in towns around Jalisco.”

Crypto is a good way to invest if you know how to do it, but unfortunately, it’s also attracting people from opposite fences to hop in and use it the wrong way.